Bangkok, the capital of Thailand, is one of the largest cities in Southeastern Asia, and one of the most storied.

Beginning as a small trading village in the 15th century, and grew to be an enormous urban area and the home of more than 14 million people. It was the heart of Siam’s push at modernization, and today it’s one of the most popular tourist destinations in the world. Unlike other storied cities, however, Bangkok is relatively known to the outside world, making it a mystery to visitors when they arrive.

Bangkok is an enormous city that sprawls across the countryside, taking up all the room it can. It didn’t start out that way, and in growing, it overtook some important local sites. Historic and cultural sites were built around to preserve them, and now they’ve become some of the most popular tourist attractions in the city.

There are a number of palaces and wats (religious temples), some of which are still used by the royal family, but nearly all of which are opened to the public for touring, including the Grand Palace, home to Thailand’s monarchy for over 200 years. Two temples, Wat Pho, or the Temple of the Reclining Buddha, and Wat Phra Kaew, or the Temple of the Emerald Buddha, are considered two of the most important religious buildings in the country.

There are also a number of museums in the city, including the National Gallery Museum, which showcases painting and sculpture by Thai artists, and the Vimanmek Mansion Museum, the world’s largest golden teakwood mansion. The city is full of history on display.

Bangkok is a huge city, but it’s the capital of a country still learning how to develop itself. As such, Bangkok is the jumping off point for a variety of activities that aren’t the least bit urban. The city is home to a large selection of parks, carefully designed to feel like they’re secluded and relaxing, and the Chao Phraya River runs through the center of the city and houses a number of floating attractions.

The river also makes the city a good starting point for expeditions North, into the jungles of Thailand. Visitors looking for some adventure in their vacation can book a short day trip out of the city and do everything from an elephant tour of a local game preserve to a zipline rush through the canopy.

Bangkok is especially well-known throughout Asia for their nightlife. The city is a magnet for cultural acts, artists, and people just looking to party. Areas of the city like Soi Cowboy and Patpong are known for never closing, and the restaurants, bars and clubs in those areas stay active constantly.

Even in areas of the city without a party scene, Bangkok stays lively late. Theaters around the city offer performances well into the night, and there are often public performances on the streets and in parks that the public can enjoy, many of which are performed by artists that have studied traditional music or dance only found and experienced in that part of the world. 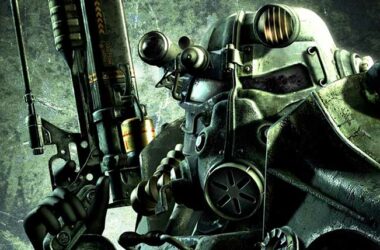 Bethesda Tells Its Fans to Ignore All Fallout 4 Rumors – Would It Ever Be Released?

Finally, we have some official news from Bethesda about Fallout 4 and no, it’s not about a release…