There is nobody who hasn’t tried FarmVille when it first appeared on Facebook. We spent countless hours planting our crops, removing weeds, harvesting the fruits and vegetables of our labor, tending to farm animals and so on.

If you remember, even people who were old enough to be grandparents had a blast playing this game. In fact, it looked so simple as a game. It did not have the exciting graphics that other games have. But there was a certain charm to it that attracted a whole new group of gamers. And those people were the ones who did not want anything complicated. They just wanted good, clean fun that involved achieving goals and completing tasks.

Indeed, there was never a dull moment in FarmVille. Seeing what a smashing success it was, it’s no surprise there is now a sequel to it. And people are excited to try it out and see what kind of experience it will bring. The Country Escape does not disappoint, fortunately. And more people are hooked.

Seasoned players will find everything very familiar, but now it’s much brighter, bigger and better, and made with mobile devices in mind. Working on your farm is not a chore it once was and this means that you can play a few minutes and still get a significant amount of work done. A brand new Anonymous Mode allows you to play without needing a Facebook account. It’s even possible to enjoy it offline, without an Internet connection, making it perfect for those long flights. You can join your farm buddies in the cooperative mode where you can help each other and share supplies or embark on Farm Adventures to gather rare items. Players can even organize in guilds, if they so choose.

Play at Your Own Pace

This time around, FarmVille experience has been designed in such a way so you don’t have to annoy your friends with item requests, but some things did not change. Most notably, there are still quite a lot of timers to slow you down. While the game does start off with an enjoyable pace, soon you will find yourself unable to do anything other than wait.

In the beginning, it might take only a minute to see progress, but that quickly turns into hours and the game progression quickly slows down to a crawl. It’s possible to speed things up with purchases through the in-game store; unfortunately, they require real money. Despite these downsides, there is still much more freedom than in its predecessor. Now it’s possible to buy and sell items to other players, which quickly becomes a necessity, seeing how limited the storage space is.

Arm Yourself with Patience

Even though FarmVille 2: Country Escape makes a lot of improvements on the basic formula of “plant crops, gather crops”, it’s still not for the impatient players. The business model of locking everything behind timers is still alive and well. If you can’t stomach the waiting, you’re probably not going to like FarmVille 2: Country Escape. There are definitely a lot fewer decorations than there were in the original game and expanding your farm isn’t quite as easy.

On the other hand, if you’re a casual gamer who’s not that bothered by its flaws, you will enjoy this game very much. Spending real money is completely optional and the only thing FarmVille 2: Country Escape requires from you is a few minutes of your time every day. If you are willing to invest that time, you won’t regret it. Caring for plants and seeing your farm slowly grow and prosper as a result of your effort is quite a unique and unforgettable experience.

The first tablet launched by Microsoft in the year 2012 showed great promise. However, there were some serious… 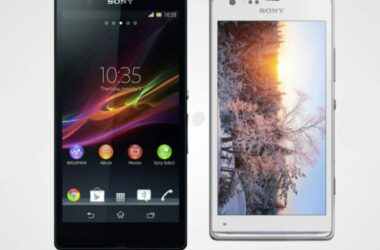