The new Google Maps is a free download for your desktop or mobile devices and offers even more features, with the new feature of Google Earth being integrated into the service.

The latest features also track the cycles of the sun and the moon, accurately rendering shadows of the moon. It integrates several other novel features, such as the Street View and the Google Earth, as already mentioned. In addition, the location services are all put together in a single place. All the previous cluttered interface with the tile style maps are gone and now you have a vector style map with images placed edge to edge and improved direction features. It has now become the default map version for users and is, undoubtedly, the most powerful map ever. However, those who had already got used to the old maps will take some time in getting used to the new features.

It is easier to zip from one view to another, from the basic view to the Street view and then to the satellite view. The interactive features are better and it is certainly smarter in recognizing the locations you have visited, the places reviewed by friends and so on.

However, it took the crew of developers quite a long time to create this smart map and the present version was kept in the preview mode for almost nine months. In fact, the new version initially did not have the feature for creating maps with several destinations and the terrain view was also lacking in it. These were added along with way with hundred other changes. It was also not very fast in the initial stage of creating, with the final version using WebGL, which offers three-dimensional graphics in the browser. However, it is so powerful that it could be taxing on the browser and Google has taken many steps to lighten the burden on browsers. If your computer is slower or older, there is a compatibility mode available, but the faster machines can make use of the newer version.

The new version was kept in a preview state for a long time, as Google wanted to offer a dizzying number of features, many of which are not easily visible when you open the application. If you don’t observe the Google Map too closely, you might miss out on some of the new and amazing features.

This is a new feature that shows you relevant information in context to your search on the map. For instance, if you are looking at or searching for restaurants, or for a flight, you will get all the upcoming reservations offered. If you search for a sports venue, the latest events will be shown in a card.
Schedule Explorer

This is another new feature that offers transit options, where you can view the time when buses or trains are scheduled to arrive, so that you can plan your day better. With the Air Travel feature, you can view the airfares as well as advertisements from those partnering, including Google Flights. You can easily book your flight or even make commissions from a sale.

After acquiring Waze, Google is now able to integrate traffic information and data in real time in its new map along with the traffic information related to partners. Smart image popups at the screen bottom can help you access street views and photo tours as well as Google Earth tours in case you wish to see the nearby landmarks.

The new features are so powerful that they could be rather overwhelming to the new user and one could very nearly get lost in the map, so to speak. However, all the features are not immediately visible and most of them stay in the background till you specifically look for them.

Chromecast as well as Apple TV and Roku are streaming device platforms, offered with different features and at… 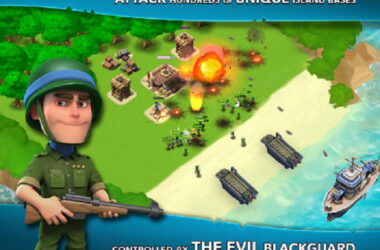 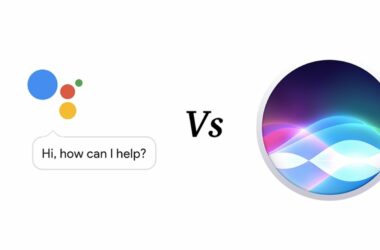 More and more high-end smartphones come with a digital personal assistant, which is a voice activated virtual assistant…