The introduction of dual SIM Samsung smartphones on the market was a step in a new direction for the Smartphone niche.

It is a thoughtful move by the Smartphone developer, Samsung. The smartphone market has for long been starved of dual SIM devices.

The phone comes with a 5.8 ’’ screen. It is remarkably suited for this device. It offers the clearest display you can ever get from a phone in its class. Your eyes are saved from the squinting troubles to figure out reflections on the screen. It weighs more than its counterpart; the Samsung Galaxy S Duos 2.The latter comes in a slightly smaller screen and fits well into your pocket. The Grand 2 presents an increased pixel density of 280ppi or thereabout on its befitting screen. Add the latter specs to the fact that it is endowed with a Graphical Processing Unit- Adreno 305.

The two phones operate on the Android Jelly Bean processor. The speed of the processor is something you will stop to wonder about too. The 1.2GHz is sufficient to keep you in real time interactive mode, irrespective of whether you are surfing online or offline. The batteries of the devices also last commendably long for the service they offer. The Samsung Galaxy S Duos 2 device affords a talk time of up to 8 hours for every recharge of 1500 mAh. A dual SIM Smartphone demands a high performance battery because its consumption is relatively higher. The two lines need an extra running energy source. It may be prudent to keep one of the lines off, especially when you know you do not need to use it at given times. The Grand 2 on the other hand is a power center. The device allows you up to 17 hours of talk time when its battery is fully charged at 2600 mAh battery charging power.

The Samsung S Duos 2 comes with some basic but remarkable features which include a 5MP rear camera with an LED flash and an autofocus mechanism. You will also appreciate the GeoTagging. Samsung Galaxy Grand 2, on the other hand, is fitted with an 8MP back camera with detailed photography features. It is also fitted with a 1.9 MP secondary camera that supports video charts.

Inevitably, Samsung Galaxy Grand 2 is bound to cost more than its counterpart; Samsung S Duos 2. The Galaxy model sells at $497.95 while the S Duos costs $238.44. Although the Samsung Galaxy Grand 2 sports more dynamic features along with enhanced performance, a number of prospective users think the price is prohibitive for the middle income person. 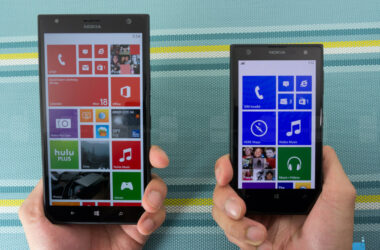 Angry Birds – Strategies, Tips and Tricks You Must Know to Get 3 Stars

Angry Birds is a game will take you through an amazing adventure with eye-catching graphics. However, though the…