Google has released Chromecast, a low-budget TV streaming service. Many people ask themselves which is best, between “Chromecast” and “Apple TV”, so today we will compare these two devices.

One of the biggest differences between the two TV streamers is the price, because Apple TV is priced 93 dollars, while Chromecast is only 30 dollars on amazon.com.

While controlling Apple TV is very easy since it comes with a remote control, you can also control it using an iOS device that is connected to the network your Apple TV is, Chromecast is quite different because it doesn’t come with a single physical remote. The only way you can control it is by using a PC or an Android/iOS device that is connected to the same network with Chromecast.

Both the devices connect to your TV using a HDMI port. The difference is that Chromecast comes as a stick device which can be simply plugged in, while Apple TV comes with a cable that connects from its device to your TV. With other words, Apple TV will need a place where it can stand on, nearby the TV.

Both the Apple TV and Chrome cast streamers connect to your TV via a HDMI port. The main difference is that the Chomecast is a dongle device that is key sized and slots straight into your TV where it stays – there is also a mini HDMI lead you can use if your TV is pushed up tightly to the wall. Apple TV is more of a mini set top box that will require a surface nearby to sit on and it will need a 6-watt universal power supply. 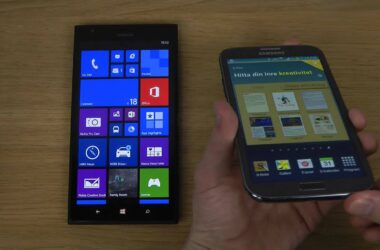 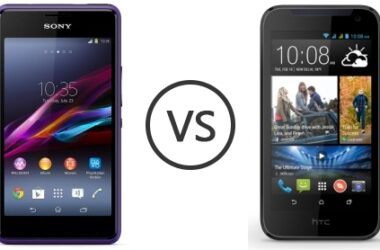 Although they were released this year, these two phones aren’t some of the most impressive ones. They perform…