iPhone 6 vs iPhone Plus – Comparison of Dimensions, Screen Display and Camera

Released as twin launches from Apple in September 2014, there were many expectations from the two gadgets the iPhone 6 and the iPhone 6 Plus.

While the iPhone 6 was a smartphone launch like its predecessor models, the iPhone 6 Plus was introduced into the market as the first phablet from Apple. Many features seem to be exactly identical in both the devices. However, they differ from one another in quite a few aspects. Interestingly, the iPhone 6 Plus can be considered as a big brother of the iPhone 6. The following article makes an attempt to compare Apple’s two new kids on the block.

Verdict: The lighter weight and more compact size aspects make the iPhone 6 easier to hold in your hand, thereby resulting in making it easier to operate as well.

With an overall increase in size, the diagonal screen size is also bigger in the two gadgets that are being compared. The iPhone 6 features a 4.7-inch wide screen while the iPhone 6 Plus presents a larger 5.5-inch wide screen. Both devices feature a multi-touch retina HD display that incorporates IPS LED technology and also dual-domain pixels for wider viewing angles. The screens additionally encompass a fingerprint-resistant oleophobic coating on the front, as well as share some common aspects such as reachability and display zoom. These two aspects have been newly introduced in the iPhone 6 and the iPhone 6 Plus. The iPhone 6 Plus has a better pixel resolution and pixel density of 1920×1080 and 401ppi as against the 1334×750 and 326ppi pixel resolution and pixel density of the iPhone 6.

The iPhone 6 and the iPhone 6 Plus have an iSight rear camera and a FaceTime front camera each. While the rear camera still has an 8-megapixel camera with 1.5 micron pixels like most of the earlier models, Apple has made some enhancements. For example, the autofocus feature in the devices utilizes the concept of focus pixels for phase detection. Some common features of the iSight camera in the iPhone 6 and the iPhone 6 Plus are true tone flash, hybrid IR filter, tap to focus, photo and video geo-tagging, enhanced face detection and panorama, auto image stabilization and exposure control to mention just a few. The cameras can also record 1080p HD videos at 30 fps or 60 fps and slo-mo videos at 120 fps or 240 fps. Another interesting feature of the cameras is that they can be used for taking still photographs and recording videos at the same time.

The FaceTime camera in the gadgets is a 1.2-megapixel camera with f/2.2 aperture and the same features of the earlier iPhone models such as face detection that has been improvised, exposure control, auto HDR for both audio and video and more. This camera also incorporates the burst mode feature that was not available earlier.

Verdict: With the ability to utilize the concept of optical image stabilization, the camera in the iPhone 6 Plus is undoubtedly better as it can capture better quality shots in low light. 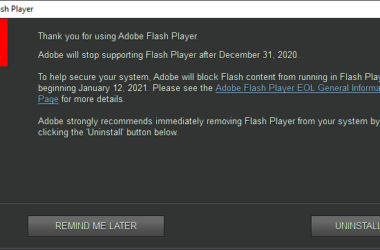 Adobe Flash Player – 12 – Give Life to those Expressions

While it has been Adobe’s uniqueness to give the enriched screen viewing across the digital touch points, its…

Free Calling Apps You Might Not Have Heard About

It seems that calling is now getting cheaper and cheaper. Paid call minutes are now decreasing due to…