Xiaomi appeared on reviewers’ radar with already pretty well known handset, the Xiaomi Mi3 and is know hoping to impress with a new device: the Xiaomi Mi4. This device was just released, and pre-orders are happening as we speak. The phablet shows off some promising features, which makes some reviewers think that it could easily enter a battle with the ‘big boys’ on the market like Google’s Nexus 5, Apple’s iPhone 5S, Samsung’s Galaxy S5 and even the OnePlus One.

Xiaomi’s decision to launch the handset between Apple launches its own flagship was quite bold but might be working in its favor. The tech world is talking about this handset like crazy – seeing how most of the rumors regarding the Mi4 proved to be true. Two weeks before Xiaomi released the handset, people started speculating about what the Chinese company will bring to the market, for example: a 13MP main shooter, an 8MP secondary camera (wow!), a powerful quad core processor working at 2.5 GHz, a Snapdragon 801 chipset from Qualcomm and a very generous RAM space of 3 GB. All these were confirmed recently which was a very big plus for the company, being able to rise to the expectations that the tech market had.

As for operating system, the Mi4 will come with a modified version of Android with MIUI5. We hear words of a release of Xiaomi MIUI6 sometime in the month of August. We found it very interesting that Xiaomi made the decision of starting the bid for the phone at the same price the Mi3 started (which was 4 year ago): 1999 yuan. The price translates to roughly 323.44 dollars.

While Xiaomi exclusively sells only in China, the company is very popular and they managed to overpass Apple when it comes to sales in that territory. A report says that the Chinese company sold 15 million devices just in the previous quarter. As for future expectations, we hear that Xiaomi has planned to sell over 100 million devices in the year of 2015.

With the success Xiaomi is having, Forbes speculates that the company won’t be ‘fishing in the small pond’ and it will join the tech giants in designing some higher end smartphones. The company proved itself to the tech world to be a team of perfectionists, the handsets hitting the market always being a proof of sublime work. According to Steve Wozniak, if Xiaomi can keep up the good work, they will have their own special place in the US market and will attract a good amount of people to their merchandise.

Related ItemsNexus 5 vs OnePlus One vs Xiaomi Mi4 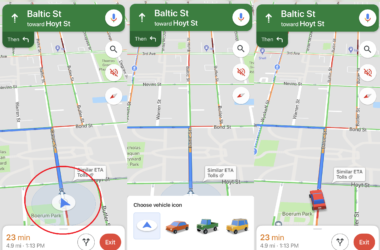 Google Maps Navigation With These Useful Tricks and Tips

When I think of the tech that I’m most thankful for, mapping and navigation applications are at the… 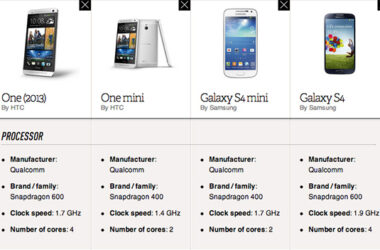