The Desire 820 is the successor of the Desire 816 and it was unveiled at the IFA, along with the new Xperia Z3 Compact model. Both phones are expected to make some waves and the fans can’t wait to get their hands on them. Here’s a comparison between these two smartphones.

The Desire 820 is a nice phablet with a large display of 5.5inches (LCD) but whose resolution could have been much higher. Instead, HTC opted for 720x1280pixels and 267ppi, but it’s quite decent, considering that other phones have neglected this aspect even more. The Xperia Z3 Compact has a smaller IPS LCD display of 4.6inches, with the same resolution, but it supports a higher pixel density of 319ppi. The Triluminos display has a shatter proof glass covering it and the X-Reality Engine technology used by Sony has improved the viewing experience.

The new Desire 820 is slim, measuring 7.7mm, it’s 157.7mm tall and has a width of 78.7mm. The phone has round edges and an interesting look thanks to HTC’s idea of using double-shot color technology and polycarbonate material. The Xperia Z3 Compact is dust and water resistant and features an aluminum frame. It weights 129grams and its dimensions are 127.3×64.9×8.6mm.

The Xperia Z3 Compact has a superior Krait 400 processor with four cores and a clock speed of 2.5GHz, based on a Qualcomm MSM8974AC Snapdragon 801 chipset, while the GPU is Adreno 330. The Desire 820 uses a newer Adreno version – 405, but it has an octa core processor consisting of a quad core 1.5GHz Cortex A53 and a quad core 1GHz Cortex A53 CPU, backed by a Qualcomm MSM8939 Snapdragon 615 chipset.

Both phones host 2GB of RAM and 16GB of internal storage which supports expansion up to 128GB, but they come with different Android versions: Desire 820 runs on v4.4.2 (KitKat) and Xperia Z3 Compact operates on v4.4.4 (KitKat).

The Xperia Z3 Compact has a killer back camera os 20.7MP with features such as autofocus, LED flash, 1/2.3” sensor size, HDR etc, but the front camera isn’t exceptional, only 2.2MP. Compared to the Sony device, the Desire 820 has an interesting front camera of 8MP for selfies, while the back camera is 13MP with some of the features found on its opponent.

The batteries on both phones are Li-Ion and non-removable, with the same capacity of 2600mAh. However, on the Desire 820 you’re allowed to talk over 22 hours on 3G, while the Xperia Z3 allows a talking time of 14hours.

The Desire 820 will cost 427 dollars and will hit the stores very soon. The Xperia Z3 Compact will be priced between 580 and 643 dollars. 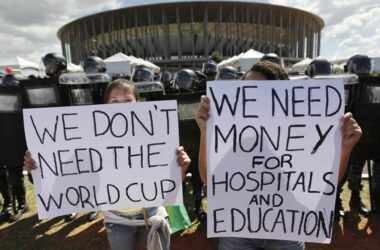 Smartphones have totally changed the way we use a phone. We not only use it for making calls,…