Call of Duty Advanced Warfare Is Not Titanfall, Clarifies Developer

When the first trailer for Call of Duty Advanced Warfare was revealed during E3 2014, most gamers immediately complained that it is a blatant rip off from the previous game Titanfall.

The concept of using exosuits or exoskeletons in multiplayer battles was an idea similar to that the Microsoft exclusive game. But, if we are going to talk about similarities here, Titanfall was never original because the ideas were introduced years ago with the phenomenally successful Crysis.

The game was a benchmark for all PC gaming rigs and it was the first one that showed that such an exosuit could change the game play in unexpected ways. The bad part is that their multiplayer never made it big as their single player campaign. In a recent Twitter post, the co-founder of Sledgehammer Games has defended their creation and said that their title will speak for itself when it officially launches.

In an earlier interview, Michael Condrey co-founder of Sledgehammer games clarified that they were serious about changing the way the Call of Duty series is. It got really stale after the Modern Warfare era due to lack of new ideas which the team wanted to inject into the franchise one more time. Speaking about introducing exosuits, he said, “The team didn’t agree with the idea when it was originally shown off. They thought it wasn’t cool enough, but after months, when it started taking shape, they started believing in it.”

But, it was the change that created this Titanfall rip off claim that Condrey had to face. In a recent post, a random user on Twitter said, “No matter how hard you try to rebuff the idea, it is a game that is a blatant rip off from Titanfall and you can’t convince people to think otherwise.”

We can easily see that Condrey was bit put off by such harsh comments but he took his time to support Call of Duty Advanced Warfare and the idea of introducing exosuits. He said, in Twitter, “We are really not worried about it. When people get to play the game in November, the game will speak for itself without us from the developing team to support it.” In other words, he says that it has nothing to do with Titanfall and is an entirely new idea that will be revealed only when the game hits public stores and players get to play it.

The Samsung Galaxy S3 mini is close to the S4 mini in the “looks department”. Here you can… 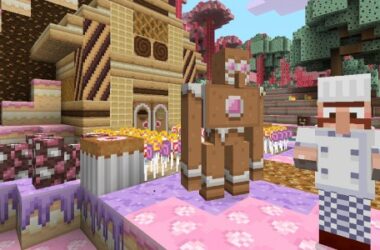 If you have been looking for a more polished gaming experience and the bugs been annoying you much,…