The Samsung Galaxy S5 has been a revolution flagship smartphone released by the Korean giant, Samsung Electronics.

How the company managed to make it different from the GS4; read on to find out. The first difference comes in terms of refined style of the GS5, as compared to the GS4. In terms of design, the GS5 comes with a latest soft-touch serrated plastic rear, coming in a variety of color options. The GS4 was a bland, glossy and hard plastic smartphone. In addition, the GS5 comes with water and dust resistant feature; IP67 certification, providing a reassuring protection to the smartphone.

In terms of processor, the GS5 comes equipped with a fast and powerful Snapdragon 801 chipset, for enhanced performance. The new ISOCELL sensor in the GS5 camera marks a breakthrough in the camera technology, as claimed by the Korean giant. Adding icing to the cake, the Android TouchWiz UI has also been given a tweak, making the GS5 more user-friendly. Additional features such as fingerprint scanner along with a heart rate monitor, equipped in the GS5 smartphone, brings it directly in competition with the iPhone 5S smartphone. These features were absent in the GS4 smartphone.

Considering all these features equipped in the GS5 smartphone, how the handset will perform in real life scenario would make an interesting comparison review. To start with, let us compare the two smartphones from the Korean giant, in terms of their design.

Screen: In terms of screen size, the Galaxy S5 comes equipped with a marginally larger 5.1-inch screen, than the 5-inch screen of the Galaxy S4 smartphone.

The water and dirt resistant feature of the Galaxy S5 smartphone adds to the bulkiness of the handset. Regardless, that should not be an issue for the potential user, as the IP67 certification provides protection to the smartphone against dust and can withstand water up to half hour, when submerged to a depth of 1 meter.

Buttons and Ports: The GS5 retains the company’s signature physical home key, placed under the display, accompanied by menu and back keys around it. Similar to the GS4 handset, the volume and lock key is placed on the left and right side respectively. The bottom comprises of lid-protected microUSB 3.0 port, as compared to the vulnerable microUSB 2.0 port on the GS4 handset. The infra-red feature is placed on both the smartphones on the top end. However, the GS5 comes equipped with additional features such as a fingerprint scanner and a heart rate monitor. These additional features make the Galaxy S5 better in comparison to the iPhone 5S smartphone. 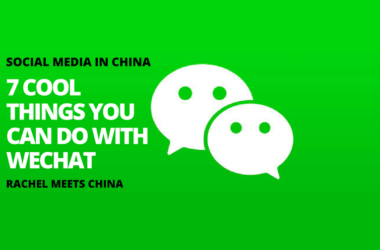 Technology and innovation have been the order of the day and many people have responded to this change.…