Many users probably compare the price first while deciding which mobile device to purchase and also whether the particular model is available with their carrier.

The S4 Mini is 0.8 mm in height and 1.7 mm in width and it is almost similar to its elder sibling the SR, but more compact. The Google’s LG Nexus 4 has an IPS display of 4.7-inches LCD and is larger than the S4 Mini, but it is quite comfortable to hold and carry about. The Nexus 4 will be especially appealing to those who want a larger screen for games and for watching video or for web browsing, offering a better user experience. It is also an Android device, so it has greater customization options, with the use of wallpapers, widgets, icons etc. The S4 Mini has a smaller screen resolution with a smaller ppi of 256, whereas the Nexus 4 has a 318 ppi with a larger screen. However, the S4 Mini uses a Super AMOLED display and has Gorilla Glass 2 offering vibrant colors, sharper text and better outdoor visibility.

Both the devices don’t have a wow camera factor. The Nexus 4 has a rear camera of an 8MP resolution, with BSI sensor and with a full HD 30 frames per second for recording videos and LED Flash. It also has a front camera of 1.3 MP against the 1.9MP of the S4 Mini. As for the Samsung Galaxy S4 Mini, it comes with an 8 MP rear camera, BSI Sensor and a full HD for recording videos at 30 fps with LED flash. Both the devices do not have an Optical image stabilization feature.

The lens performance of the S4 Mini is also great producing sharp images, but it tends to overexpose and is not so good in low light conditions, whereas it is excellent for shooting pictures in daylight. The S4 Mini also has a software app built in, with attractive features, such as the Story Album, the Eraser mode, the drama and the Sound and Shot.

The S4 Mini is powered by the Qualcomm Snapdragon 400 Dual Core with a 1.7 GHz Krait 300 and an Adreno 305 GPU, having a RAM capacity of 1536 MB and a storage of 8GB, with 5 GB available for the user. On the other hand, the LG Nexus 4 also has the same Qualcomm Snapdragon, with S4 Pro Quad Core 1.5 GHz Krait and Adreno 320, but comes with a higher RAM of 2048 MB, with both 8GB and 16 GB variants. The Nexus makes use of a quad core processor, whereas the S4 Mini has a Dual core processor. The RAM is also better in case of the Nexus 4. In case of 3D performance, the Nexus 4 outperforms the S4 Mini and also runs games at excellent frame rates, so gamers will surely prefer the Nexus 4, with advanced GPU and better RAM, but both the devices offer a smooth OS and there are no lags in either of the devices.

The S4 Mini is quite expensive, so the Nexus 4 seems to be a better purchase, but the S4 Mini offers good user experience with great software features built in the device. It is also very compact and offers a Super AMOLED display. It also has a good battery life, but the higher price might stop people from buying it.

iPhone 6 will come with a lot of new features, but today we’re going to list some possible…

Should You Hack Google Talk Passwords for Safety Reasons?

Hacking is not an easy job, but you may need to do it, for good reasons, sometimes. So,… 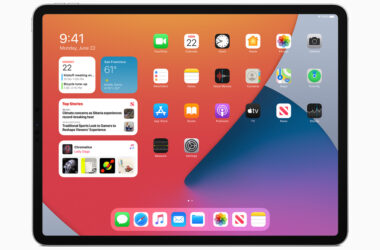 According Ming-Chi Kuo, a KGI Securities analyst, iPad Air 2 should be released in the third quarter of…