Many gamers are very familiar with Flappy Bird and they also realize that it is a very difficult game as well.

They most certainly must have friends who brag about their levels and their scores. The game is a simple one and has been inspired by the Mario graphics. It can be a very annoying game but also an addictive one, thereby making it one of the top games in Google Play and iTunes.

The game is amazingly popular all over the world and it has almost become a sensation. The player has to tap on the screen in order to make the bird flap its wings, thereby lowering or raising the bird to make it fly between the gaps of pipes. The challenge in the game is a very basic one, but the rewards are very little. One has to monotonously repeat the tapping action and gamers all over the world are spending hours of their precious tie to get a high score on this free game. Here are some tips to score higher than your friends, almost in the range of 200 to 300.

The invisibility hack can really work to get better scores and a good boost. You can select the time for which you would like to have the top green pole invisible. If the pole is invisible and even if you do hit it, the bird will not be killed. It is possible to keep the pole invisible for about 15 seconds and up to 1 minute.

There are hacking tools like Root Explorer and others that you can download before you play the game, which will enable you to get more lives. Normally, the Flappy bird has only one life, but if you use this tip, you will be able to get ten lives in a game and can get an amazing score as well, by making changes on the edit part of the screen.

The advantages of using the above tips are that you can get a very high score. Additionally, there is no need to make any payment for using such tips. You can easily follow the steps and it works effectively with your Android devices as well as iOS devices. However, many gamers don’t like to use such tricks and tips, as they feel it takes the fun out of the game and you might feel you really didn’t earn the points or the right to brag after all. Yet for many people, the game is very difficult and it is almost impossible to get high scores and have many lives. There are many lightweight apps that you can choose to download to access such hacks for your mobile game. It can give you unlimited number of lives and unlimited scores for the game as well. Once you install such tools, you can enjoy the magic of the game and get high scores.

However, today Flappy Bird has been removed from the App store and also from Google Play. Though people thought that this was because of a lawsuit filed against the developer Dong Nguyen by Nintendo, the developer clearly states that it is not due to any legal issues, but simply because he was not able to take it anymore, on his tweet on Twitter. The game is officially removed from the Stores since 10th February 2014. However, there are many other similar games that you can download and play such as the Floppy Bird the Flappy Pig, the Floppy Birds or the Flappy Doge and so on. These games are very similar and you can apply the same cheats, hacks and tips to them as well. 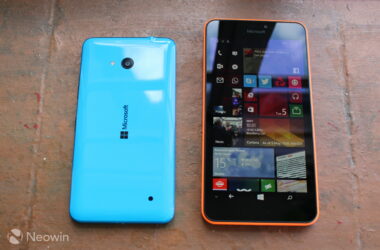 Microsoft launched the Nokia Lumia XL after the finalization of the Nokia acquisition. The XL is a bigger…

Why You Must Consider Using the Line It! Button on Your Website

Line It! is a unique feature from the well known messaging and free calling app Line that is… 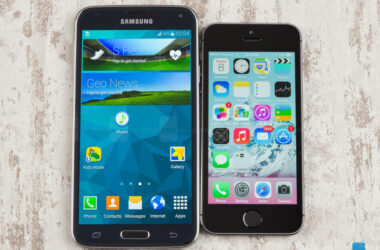 This is a battle of the fives, and after comparing these three smartphones, we concluded that the Samsung…