Fallout is one RPG title, which is shrouded in complete mystery.

It has been a long wait since Fallout 3 and the continuation of the series has become a matter of speculation for fans, as Bethesda chooses to remain silent on the matter. Since there has been no official disclosure about the game, the players have little but speculation to go on with. Fallout fans have been eagerly awaiting any news or hints that would give them some home of the revival of the game. Here are some of the most rampant rumors about the title.

If there is one rumor that simply does not die down, it is that of Fallout 4′s green signal. Fans are always speculating about Bethesda’s possible go ahead for the project. A public relations officer with Bethesda games claims that Fallout 4 is indeed under development and will be a sequel to Fallout 3, continuing the storyline directly from where the previous game ended. It is possible that the game be set in Boston. Moreover, the game could see the return, of some of the groups, used in previous installments of the series. In this sequel, “The Institute” would be of great importance and the buildings in the game would be futuristic, showing shades of cyber-punk. Further, the game may feature Androids who work to get food for the Humans, with ‘The Railroad’ from the previous game, an active faction in this one. Opposing ‘The Railroad’ will be ‘The Plantation’ that controls the Androids.

If rumors are to be believed, there would be a lot of new introductions to the game, including a new race which will be based in Boston and central to the game’s theme. However, Bethesda may completely do away with certain groups, like the Brotherhood of Steel, because they go completely against the established legend of Fallout. Lovecraft Country is going to be the central setting of the game and an introduction of Lovecraftian fiction will be in order. The game will have a lot of new elements and will remove a lot of the old ones to differentiate it from Skyrim. However, a leveling up system, where skills are leveled up on completion of tasks, might be in order.

So far, the studio has not talked about the game’s release dates, but it is possible that players may see the game, by the fall of 2015. There are good chances that the game may be showcased in E3 next year. If that happens, it is possible that the game be rolled out for several different platforms, including PC, PS4 and Xbox One. The release dates for different platforms may be different, but we will have to wait, to find more about this.

The game director of Fallout 4, revealed some features, which you may ultimately see in the game. He feels that Fallout 4 could come out as a MMORPG, with an online version for those who want to enjoy something beyond their next gen consoles. He also feels that the game may be really violent and may not be for the weak hearted. 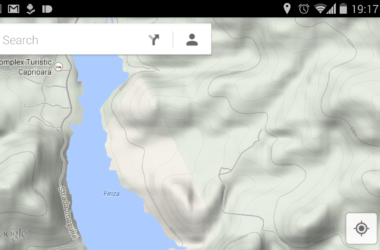 What is Terrain View? Google Maps has brought back its much-appreciated Terrain view in its version 8.1.0 based…