The Fuse Joplin
0
0
0
(SPRINGFIELD, Mo.) Senior staff for the Long and Eckersley campaigns for U.S. Congress sat down Thursday to set the terms for a series of debates that Eckersley proposed, and Long to which…
Total
0
Shares
0
0
0

(SPRINGFIELD, Mo.) Senior staff for the Long and Eckersley campaigns for U.S. Congress sat down Thursday to set the terms for a series of debates that Eckersley proposed, and Long to which Long agreed, in early August.

Eckersley’s campaign manager Jason Eckersley said in a statement the Long campaign was “concerned about coverage of the debates, and argued that the pre-primary candidate forums qualified as debates.”

Royce Redding, campaign manager for Billy Long for Congress, said they “tried to have a serious discussion, but they refused to discuss the details.”  He said the Eckersley campaign is playing the “same old gotcha politics.”

Eckersley speaking to journalists on the steps of the Greene County Court House. (TFJ Photo/Natalie Preston)

Eckersley said in a statement Thursday, “For someone who says he’s ‘Fed Up’ with politics and touts himself as an ‘outsider’ these stalling and misleading tactics tel la very different story.”

Eckersley said,“The people don’t want to gamble on the party label –they’re looking at the person.”

His campaign said they’d continue forward with the courthouse events. “I’m going to keep talking to the communities of Southwest Missouri and prove to them I’m that guy. When Mr.Long gets back in the district and wants to get to work, he knows where to find me.”

The Joplin Glovbe said Reding said the campaign had agreed to the debates.

“We did agree to debate, but we’ve not had an opportunity to sit down and discuss the details with the Eckersley campaign,’’ Reding said.

Three of Long’s opponents have since endorsed the debates. Mike Moon, Jeff Wisdom, and Michael Wardell all announced their support of the Courthouse debates. 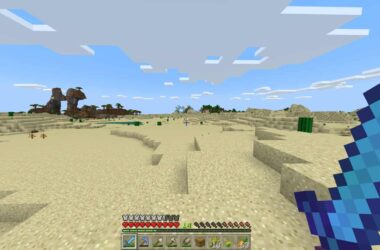 It’s official! Minecraft PS4 is almost ready and the developers at 4J Studios have confidently come out with…

Despite several good phones over the years, LG has been unable to come anywhere close to the market…