Racing game fans are eagerly waiting for the grand release of The Crew.

The game will be launched soon in the later part of 2014. The beta version with limited maps and features are already available via Steam. The beta version is released just to satisfy the increasing interest among the new age racing gamers. Industry experts believe that this game will create a new trend in the open world racing challenges. There are a lot of promises to keep by Ubisoft, in making this game better than what we have seen till date.

The Crew will feature a life like map of United States. Racers will run in a life like atmosphere which they have already seen in the reality. This is definitely a leap forward rather than designing a whole new imaginary city and imaginary roadways. The game will feature a whopping 20 hours of single player campaign mode. Racers can also enjoy free play where they can casually roam around, across the streets in the US without sweating it up for any challenges. This game is more interesting as you will need to capture criminal groups’ territories as you proceed through the game, winning different types of races.

The Crew will come with a cutting edge style of multiplayer gaming mode. You can join with up to 7 other players in a multiplayer racing challenge. As you earn scores both in the Single Player Campaigns and Multiplayer challenges, you get promoted to a higher rank in the global score card. Your in-game scores are visible to other competitors and they can easily challenge you for a new race. This is the future in multiplayer racing games and it has been successfully employed in The Crew. Players can also form a group of racers, called crews, and challenge other groups. It makes the game more interactive and it gives life to your racing spirit.

Apart from playing the main mission in the single player campaign, you can also jump in to any mini games peppered all over your map. Mini games help you set your own ghost scores which you can beat later with a new car and more skills. Mini games, within a primary in-game mission, is a new concept in a racing game. You will need to try this out if you want to experience something new out of a predictable racing scene. You can enter a mini game when a car passes by you and challenges you to compete with him. You need to complete different tasks to win the challenge. Then you can proceed with the primary mission.

The Crew will allow you to drive the latest sports cars in the world today. The cars are so real that you can use this game as a test drive! The specs are kept as same as you get to see in a car’s official webpage. This is a unique idea to make the game more realistic than any other recent releases. 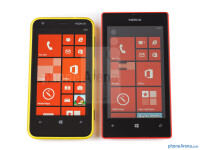 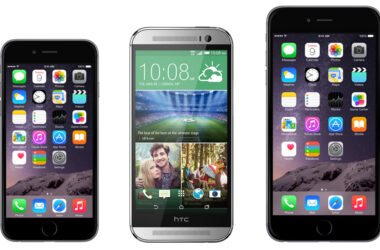 iPhone 6 Plus vs HTC One M8 – Hardware Configuration, Software and Battery Life Comparison

Although both iPhone 6 Plus and HTC One M8 were launched in 2014, the HTC One M8 phablet…

So, you’ve joined Clash of Clans, but you don’t know much about this game? Don’t worry because today…