This battle is between two of Nokia’s smartphones, Nokia X – running on Android, and Lumia 520, which fight against Sony’s Xperia L, a much more advanced device, with a better back camera and battery, plus it supports expansion for a much bigger storage capacity.

The Nokia X looks like most of the Lumia models, being available in many variant of colors. The body shape of this device is rectangular, with edges slightly rounded, and the back panel is bulged, meaning that the phone is quite thick, at 10.4mm. It’s 115.5mm in length, 63mm in width and weights 128.7grams. The display is IPS LCD, measuring 4inches, it supports a resolution of 480x800pixels and 233ppi and has a layer of Nokia X platform 1.0 UI on top of it, which is upgradable to 1.1.2.2. The phone runs on Android v4.1.2 (Jelly Bean) with 512MB of RAM and it’s powered by a 1GHz Cortex-A5 processor with two cores, based on a Qualcomm MSM8225 Snapdragon S4 Play chipset and coupled with an Adreno 203 GPU. The internal memory is 4GB, but thankfully it’s expandable up to 32GB. It has only a 3.15MP back camera with face detection, panorama and 1/5” sensor size, which records videos at 480p@30fps and the battery is user replaceable, with a capacity of 1500mAh, which will allow a total duration of talking time on 3G for 10 hours and a half. The Nokia X can be bought from amazon.com at the price of 159 dollars, but other retailers sell it for 135 dollars.

In terms of design, the Lumia 520 isn’t very different from the Nokia X. We noticed that the colors of Lumia 520’s shells aren’t very bright and vivid, but the phone is slimmer, measuring 9.9mm. It has a width of 64mm, it’s 119.9mm tall and weights 124grams. The display is also IPS LCD with the same dimension, resolution and pixel density, but it features a scratch resistant glass to protect it. Internally, the Lumia 520 features a 1GHz processor with two cores, supported by a Qualcomm MSM8227 chipset and uses a newer version of Adreno 305 GPU. The internal memory is 8GB, expandable up to 64GB, but the RAM capacity is the same at 512MB. This phone operates on Microsoft Windows Phone 8, and it’s upgradeable to v8.1. Like the Nokia X, the Lumia 520 has only one camera on the back, but it’s 5MP and features autofocus, geo tagging and 1/4” sensor size, while the video recording capability is at 720p@30fps. The battery is even smaller, with a capacity of 1430 mAh, which allows a talking time on 3G for 9 hours and 40 minutes. This phone costs less than 100 dollars.

This phone has a slightly bigger display of 4.3inches, it’s TFT and it supports 480x854pixels and 228ppi, plus it has a scratch-resistant glass on top of it. The dimensions of this phone are 128.7x65x9.7mm and it weights 137grams, while its design is inspired by the Sony Ericsson Xperia Arc. This phone has under its hood a dual core processor clocked at 1GHz, backed by a Qualcomm MSM8230 Snapdragon chipset and coupled with an Adreno 305 GPU and 1GB of RAM. The internal memory is 8GB (5.8GB user available), which supports expansion up to 32GB, and it runs on Android v4.1 (Jelly Bean), but it gives you the possibility to upgrade it to v4.2.2 (Jelly Bean), although it’s still an old version. There’s an 8MP camera on the back with many features that you won’t find on the Nokia models: autofocus, LED flash, face and smile detection, touch focus, image stabilization, HDR, etc. Plus, you can use the VGA front camera for video calling. The battery is Li-Ion 1750mAh which lasts 9hours when talking on 3G. the pricing for this phone is 170 dollars on amazon.com. 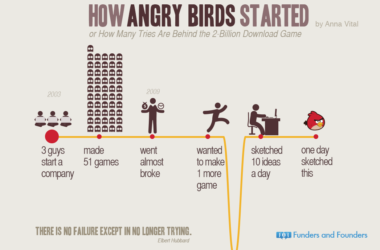 Angry birds is a game that will test your patience and push you to the edge. The little… 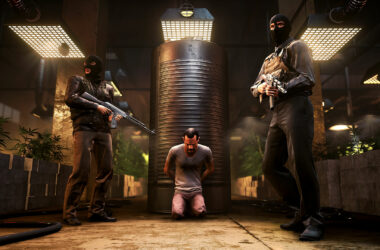