If one is sporting the previous version of it or have never ever tried the system images of Android L, then he or she will be able to do it now and can also take a look at the release of Google’s future OS.

With the firmware version, this Android L preview build is all set to LPV81C, though the previous one was LPV79. There are not so many changes added to this new Android Update release. It has some of the fixes and also support for Google Fit API.

The new Android L Preview LPV81C is here to be downloaded from Google Developers’ web page officially. If you are installing it, it is recommended that you should read carefully the info given on the developer’s page in order to complete your process of installation. As the Android L build is still in the early stages, there are high chances of getting major bugs and errors.

Currently, Google Nexus 5 and Google Nexus 7 2013 are the only two Wi-Fi devices that support the brand new Android L Preview update. For now, there is no official word on its availability in future. It is also uncertain if this new build of Android L Preview ROM will be available for other different Nexus devices or not.

The release dates of Android 5.0 L update for Nexus 4, Nexus 5, Nexus 7 and Nexus 10 are still not known. However, the main features of the Android upgrade have been discussed below. It is known that 5.0 L update is the biggest software update for Google’s Android Mobile Operating system since its launch in 2008. What is interesting is that it is going to be even bigger that the Ice Cream Sandwich upgrade from Gingerbread.

One of the notable changes by Android 5.0 L is the latest Material Design philosophy. It makes the interface colourful and more animated with 3D effects and shadows. It arrives with 64-bit processor support and introduces ART. Battery life also increases.

Many other improvements are seen in the Android 5.0 L notifications bar and lock screen. The lock screen notifications are being sorted depending on the frequency of interaction with them. The notifications bar has received a new colour scheme with improved functionality. Now to go to notifications one will have to swipe down once and then swipe once more for accessing quick Settings menu.

Gmail – Stronger Encryption and Security for your Free Download

In the wake of increasing communication interception by various government agencies and hackers, most email services are rethinking… 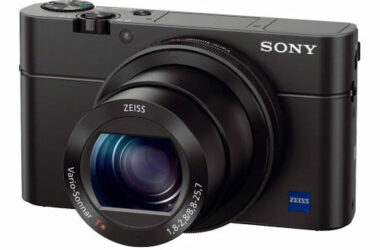