Minecraft Xbox One Review – A Bigger and Better Game Awaits You

Over the past five years, the Mojang title has become a phenomenon and has served as the platform for millions of gamers worldwide to unleash their creative thoughts.

When people first saw it, they assumed that the game didn’t have striking graphics. It was full of pixels but soon everyone realized that the beauty of the title lies in its simplicity. There is a complex world out there and with Minecraft Xbox One edition, it just got really big and you are sure going to enjoy it like never before. Players now have more open spaces to explore, creative elements to make use of and build their dream castles without any difficulty.

The new Minecraft Xbox One edition is the same. You can create your own castle, build underground rail systems for easy transport, explore caverns where dangerous monsters lurk and unlock some of the exciting rewards. For those of you who are familiar with the game and are wondering whether things have changed, don’t worry. It is the same Minecraft that you have come to love, all these years and it just got better without losing its original charm.

The world is full of blocks and you have to put them back together in a way that you imagine. In Survival mode, you may find it bit tedious to gather and transport each piece to build your home but the hard work will pay off when you finally get to see your structure come alive.

Survivor of the Night

As the sun sets down, things become dark and scary in Minecraft Xbox One. The monsters and creatures that lurk in the corner will come to kill you. While it is easy, at first, to fend them off with lanterns and fire, they become increasingly difficult when you face them underground. It is not as easy as it looks and the excitement that danger could lurk in any corner would keep you going at it for hours. Things get exciting when you get to enjoy the Xbox One edition of the game in two to four player split screen. You can even go online where four more players could join the match and it becomes one of the best gaming experiences, with eight players running in the same map, with the same objective. When you are alone, you can always join other player’s maps and feel safe with known personal around. The good part is that the new game features maps that are 36 times larger than Xbox 360, which allows ample space for full eight player games.

The game’s tutorial will teach you the basics of building, mining, crafting and gathering resources. However, it is just a glimpse of the huge depth of the game, because you may have to learn a lot as you progress into it. For players who are already well versed with the game, Minecraft Xbox One will feel no different. It is the same game with all the elements and title updates there. Besides, you will also be able to transfer your saves from Xbox 360, which will retain and bring all your hard work to a much better platform. On the whole, it’s a great game to own, without a doubt. 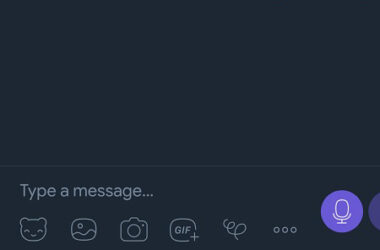 In this article, we will be taking a look at the Viber app, and more specific at the…