The mini version of Samsung’s flagship device is very close to the specs that the iPhone 6 offers.

While the original S5 is the device most users will want, the mini version more than holds its own. When looking at the specs, you can notice there is not much difference between an iPhone 6 and S5 mini. The price, obviously, is the one that sets them apart. How good is the mini version and can it compete with the iPhone 6? Let’s find out.

The mini version of S5 keeps the same design, but it is a little chunkier than its big brother. Thickness is the main problem with the S5 mini. Set at 9.1mm, the phone is simply thicker than most of the other devices on the market. The Galaxy S5 mini comes with a 4.5 inch display and resolution of 720×1280. Due to the smaller screen size, the device actually delivers the same density as the iPhone 6, 326ppi. Apple’s device packs a 4.7 inch screen display with a resolution of 750×1334. We mentioned that the design of the mini version is the same as the one found in the original S5, which means plastic and more plastic. This is another area where Samsung’s device fails miserably. All that plastic makes it impossible to consider the S5 mini a premium device. The device, however, fits perfectly in the hand, and is more than suitable for one handed usage. The same can be said for the iPhone 6, which is now curvier than any of the previous iPhone versions. Apple’s device measures at 138x67x6.9 and weighs 129 grams. The S5 mini is lighter,

We mentioned that the S5 mini offers almost the same specs as the iPhone 6. When it comes to CPU power, the S5 mini is powered by a quad core processor clocked at 1.4GHz with RAM memory set at 1.5GB. This is the closest to the iPhone 6 from any other Android devices (and that is not a good thing). Considering the fact that Android devices require much more power, one can safely assume the iPhone 6 is faster, more powerful device. The handset is operated by a 64bit dual core A8 chip, with power set at 1.4GHz. The device comes with just 1 GB of RAM memory, but the company believes it is more than enough. The S5 Mini comes with little built in memory, just 16GB, but users can add additional 64GB with a microSD card. As always, Apple refuses to add an external slot to its devices, but has upgraded the built in memory for the iPhone up to 128 GB. There are 16GB and 64GB version available as well.

The S5 mini runs on the Android 4.4 KitKat, but has some special features as well. It is one of the phones on the market that have support for 4G LTE network. Additionally, the S5 mini has the same NFC technology that Apple famously announced, and in IR blaster. The IR blaster provides users the ability to control their TV and other infrared devices. There is no more need for remote controls in the home, the S5 mini handles everything. The phone also has a fingerprint scanner. All of the features are also available in the iPhone 6, the NFC technology, the fingerprint scanner and lots more. The handset runs on the iOS 8, a new state of the art OS.

Being that the S5 mini is thicker device, it packs a larger battery. With a battery capacity set at 2100 mAh, the S5 mini can last a whole day without any problems. However, with medium usage, that is the maximum users can get. Overnight, the battery life drops 15%. Apple’s device is equipped with an 1800 mAh battery that should provide users with approximately 12 hours of medium usage (calls and internet).

As we mentioned, the price is a real deal breaker here. While the original S5 version comes close to the price of the iPhone 6, the mini version is just a lot cheaper. You get almost the same features and specs (aside from the different OS), for just $400. Apple has set the starting price of the 16GB SIM free version at $650. 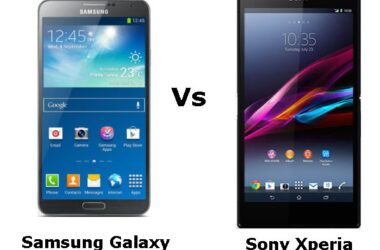 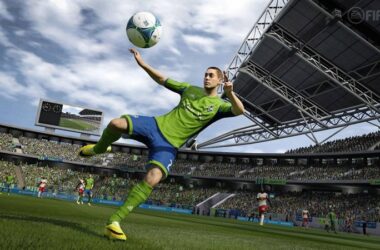