In this article we’re comparing two freshly released phones and an upcoming one, but you must know that these devices have high end features and specs and they will empty your pockets.

The iPhone 6 is finally out for sale and for the first time, Apple is trying a different approach in terms of screen size, extending it from 4inches to 4.7inches. This variant uses LED-backlit IPS LCD technology to obtain a resolution of 750x1334pixels, but the pixel density remains the same at 326ppi. The phone has oleophobic coating, a shatter proof glass and a fingerprint sensor, it measures 138.1x67x6.9mm and weights 129grams. The phone operates on iOS 8 with 1GB of RAM and it’s powered by a dual core Cyclone (ARM v8-based) processor clocked at 1.4GHz, being backed by an Apple A8 chipset which supports a PowerVR GX6650 (hexa-core graphics) GPU. There are three variants internal memories of 16/64/128 GB, but the phone doesn’t support microSD card slot for expansion. The back camera is still the same at 8MP, with almost the same features found on the previous model and the front camera is 1.2MP. The battery capacity hasn’t suffered significant changes, delivering the same duration of talktime, and only the duration of internet use over WiFi was extended with one hour. The pricing for the iPhone 6: 16GB variant = 299 dollars, 64GB variant = 399 dollars, 128GB = 499 dollars.

This phablet looks very nice and features a much larger display of 5.7inches (Super AMOLED) that supports a resolution of 1440x2560pixels and 515ppi, and for protection against scratches, it uses Corning Gorilla Glass 3. The phone comes with the indispensable S Pen stylus and the fingerprint sensor seems to become a must-have feature on all Samsung’s devices. The phone measures 153.5×78.6×8.5mm and it looks very big. Plus, it weights 176grams.

Under its 3,220 mAh battery hides a Qualcomm Snapdragon 805 chipset supporting a quad core 2.7GHz Krait 450 processor and an Adreno 420 GPU, or an Exynos 5433 SoC backing up a combination of quad core 1.3GHz Cortex A53 and quad core 1.9GHz CortexA57 processor, plus a Mali-T760 GPU. The RAM capacity is 3GB and the internal memory is 32GB, expandable up to 128GB and the phone operates on Android v4.4.4 (KitKat). The back camera is 16MP with optical image stabilization, autofocus, LED flash, HDR, dual shot and other useful features, and the front camera is 3.7MP. The pricing will vary. The Americans will pay between 800 and 850 dollars for the Note 4, while the rest of the fans will buy it at the price of 1000 dollars.

This phone is even bigger than the Note 4, having a 6inches IPS LCD display with 1440x2560pixels and 490ppi, its body dimensions are 156×81.3×7.7mm and its weight is 179grams, it operates on Android v4.4.2 (KitKat) with 3GB of RAM and it’s powered by a quad-core 2.5GHz Krait 400, supported by a Qualcomm MSM8974AC Snapdragon 801 chipset and it couples with an Adreno 330 GPU. The internal memory is decent at 32GB, but unfortunately, it doesn’t support expansion. The back camera is 16MP with similar features like the Note 4, but the front camera is more advanced, at 5MP. The battery is enormous at 4000mAh, but it’s not removable. The pricing is set between 800 and 850 dollars. 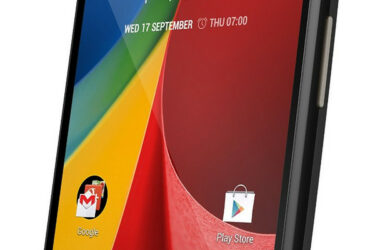 iPad Air is a premium tablet that does not have much competition. But a full size tablet is…