The moment Tim Cook took the stage and announced the new iPhone 6, users around the world were wondering how the new device compares to Android premium smartphones.

However, Nokia has a say in the market for premium phones, and its Lumia 930 compares pretty well with the iPhone 6.

Lumia 930 is one of the few high end smartphones that can compete with the design of the iPhone 6. For starters, it is not built with plastic as other Android devices. The Lumia 930 took a different approach than most of the devices in the Lumia line. Instead of the playful, plastic build approach, Lumia 930 features aluminum and polycarbonate. And it is as close as it gets to the premium and luxury design of the iPhone 6. The downside with the Lumia 930 is the dimensions of the device, especially the weight. The device comes with a 5-inches screen display, but with dimensions of 137x71x9.80 and weighing 167 grams, it is rather uncomfortable in the hand. The iPhone 6 seems to have hit the ideal screen size at 4.7-inches, and with a thickness of just 6.9mm, it is one of the slimmest phones on the market. Nokiaâs device has the advantage in the resolution sector. Its 5-inch display features 1080×1920 pixels and density of 441ppi, which is a lot more than what Apple offers. The iPhone 6 comes with 4.7-inch screen display, resolution of 750×1334 and density of 326ppi.

Windows Phone OS is designed to run smoothly on cheap and low end devices. Imagine how perfect the OS runs on Nokia Lumia 930. The device boasts of the powerful quad core Snapdragon 800 processor, clocked at 2.2GHz, supported by 2GB of RAM memory. Multitasking, internet browsing and playing games on the Lumia 930 is pure enjoyment and delight. The iPhone 6 features the new, 64bit A8 chip, dual core processor at 1.4GHz and 1 GB of RAM memory. The single biggest advantage Appleâs device has, is the internal memory. While both phones have no slot for microSD card, the iPhone 6 offers a lot more internal storage. The Lumia 930 is capped at 32GB, while the iPhone 6 is available in 128 GB version.

There is not much you can say about the OS. The iPhone 6 run on the latest iOS 8, with tons of upgrades and new features. Nokiaâs device runs on Windows Phone 8.1, but comes with a few extra Lumia features, such as enhanced camera, living images photo editor and storyteller applications.

The Lumia 930 features incredible 20-MP rear facing camera. The camera application offers several options to tweak settings, including ISO, shutter speed and white balance. The best part is the video recording. Equipped with four microphones, the Lumia 930 focuses on the sound in front of the lens and cancels out everything behind it. Appleâs device comes with 8-MP rear facing camera. Donât let the low pixel power fool you; the camera is in excellent shape. Both handsets feature just a 1.2-MP front facing camera.

Even though users expected more, the iPhone 6 features just 1800 mAh battery that can last 14 hours of talk time on 3G. The battery on Lumia 930 is capped at 2420 mAh and can last a whole day with intensive use. Additionally, the device comes with wireless charger. 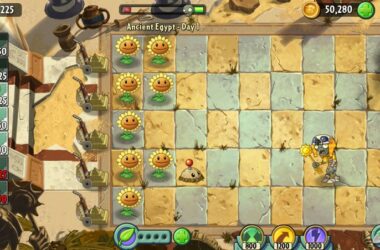 Plants vs Zombies Cheats – Best Tips, Tricks and Strategies to Reach The Top

The first thing you have to do when you are starting your Plants vs. Zombies strategy is to…