iPhone 6 vs Nexus 5 â Which One Should You Choose?

Now that the iPhone 6 is finally available for purchase, the fans are spending all their savings to get their hands on the latest Apple product. But as a future buyer, you must know more information about this new iPhone with a bigger display. We decided to compare it with an Adroid-based smartphone created by LG in collaboration with Google, the Nexus 5, which is a device with a lot of potential.

The Nexus 5 was released almost a year ago and we think that LG was inspired when it chose its design, because itâs boring, with nothing special about it. Fortunately, the phone is pretty thin, measuring 8.6mm, not that wide â 69.2mm, and it weights 130grams. The body is made of polycarbonate that has a soft-touch. The display has a narrow bezel around it, being more noticeable at the red and white variants. Speaking of the display, itâs a True HD IPS+ sized at 4.95inches, with a resolution of 1080x1920pixels with 445ppi, and has Corning Gorilla Glass 3 on top of it for protection. With this pixel density, the images are very sharp and clear, and the colors are rich.

As for Appleâs iPhone 6, the flagship isnât very different from its predecessors in terms of design, with only a few exceptions: more rounded corners and edges, itâs thinner, now measuring 6.9mm instead of 7.6mm, but itâs wider â 67mm compared to 58.6mm. Itâs 138.1mm tall, features an oleophobic coating and shatter proof glass across its surface for protection against scratches, the display is LED-backlit IPS LCD (Display Zoom) sized at 4.7inches, with a lower resolution of 750x1334pixels with the same pixel density of 326ppi. The device has a fingerprint sensor on the back and comes with Apple Pay for online transactions/payments. The phone weights 129grams.

Believe it or not, the Nexus 5 is quite powerful for a phone of its generation, featuring a quad core Krait 400 processor clocked at 2.4GHz, supported by a Qualcomm MSM8974 Snapdragon 800 chipset along with an Adreno 330 GPU. The RAM capacity is 2GB, which means that youâll be able to play lots of games and access all kinds of applications without experiencing any lags. However, youâll have limited internal storage, the phone being available in two variants of 16 and 32GB.

The iPhone 6 comest with the latest chip from Apple â A8, which is based on second generation 64bit tech and has 20nm architecture. The processor is dual core, clocked at 1.4GHz, but it delivers 20% performance than the previous iPhone model. The GPU is PowerVR GX6450 (quad-core graphics) and the RAM capacity was kept at 1GB. The internal memory capacities are 16/64/128 GB, unexpandable.

The Nexus 5 runs on Android v4.4 (KitKat), but you have the possibility to upgrade it to v4.4.4 (KitKat). The iPhone 6 comes with iOS 8, and lots of updates to applications.

Although it has the same camera resolution of 8MP, the Nexus doesnât take the best photos, despite of the wide range of features the phone comes with: optical image stabilization, autofocus, LED flash, HDR, touch focus, photo sphere, geo tagging etc. But compared to other devices, the Nexus 5 takes better photos. The front camera is only 1.3MP.

Apple updated the 8MP iSight sensor, and you have some interesting functions such as 43MP panoramas, âfocus pixelsâ â faster autofocus plus better noise reduction. It has dual-LED flash and supports slo-mo for 120fps and 240fps speeds. The other camera is 1.2MP.

The batteries are non-removable and the Nexus phone supports a bigger capacity – 2300 mAh which allows a total duration of talking time on 3G of 17hours. The iPhone 6 lasts 3hours less when talking on 3G, because the battery is 1810 mAh.

The Nexus 5 supports 3G, 4G, WiFi, Bluetooth, microUSB, NFC and GPS. The iPhone 6 has in addition a lightning connector (for charging+data transfer) and TouchID. 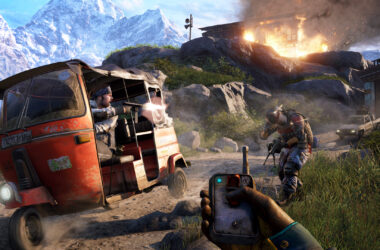 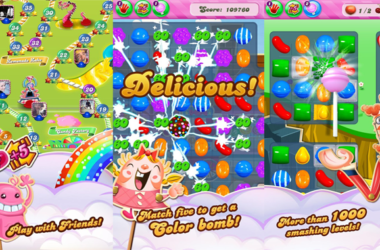 Candy Crush Saga Review – Reasons Why It is Deliciously Addictive