Instagram can best be described as a non-ending stream of pictures of friends and family. However, Instagram recently released the Hyperlapse standalone video application that aims to change how people see and use Instagram. Hyperlapse is simply an easy way to make time-lapse videos which comes with a great built-in image stabilizing technology that can turn any shaky video into a professional looking stable one.

Taking videos using this new app is as simple as one tap of a button. After recording, the user has the ability to select the ideal playback speed before they can share the videos on Facebook or Instagram.

Hyperlapse comes with very few controls, which leaves a lot of room for the user’s creativity in terms of how they use the app. Hyperlapse is a typical time-lapse app where the camera moves around the scene as you remain stationary. Also, this application can be used to shoot videos showing the movements along a path and this is where the stabilizing ability is really brought out. When the videos are well done, they can offer the viewer the feeling of zipping through the same scene or telling a story that has a clear start and end. This app also has the ability to combine the movements with the subject in focus.

How to use Hyperlapse

The good thing about this app is that the user need not sign in to be able to use it. The user also does not have to sign up to experience the app. All the user has to do is turn the camera ON and tap on the white colored button present at the lower end, to start recording. It’s impossible to upload pre-existing videos to Hyperlapse. To turn videos into time lapsed ones, you can only choose the videos you took with the app.

Once the shooting is complete, the app will automatically turn the video into a smooth time-lapse video which will be 6X quicker than the initial video. It is possible to alter the speed of the video to 12X faster or to as slow as the original. After the video is converted successfully, it is stored in the camera roll as a keepsake.

This app also offers the user the option of sharing the Hyperlapse video on Instagram or Facebook. Should you feel the result of the final footage to be unsatisfying, you can get rid of the video by pressing the ‘x’ button located at the top on the left side.

The Hyperlapse interface is quite simple and easy to navigate. There is sound when recording and the video quality is clearly downgraded. With that said, Hyperlapse remains to be a fun video recording app that can be used to tweak otherwise dull videos to creative pieces of work.

The only competition to this app is expected to be the iOS 8 which is rumored to come packed with its very own time-lapse feature. Until then, Hyperlapse will be enjoying the entire market share for time-lapse video recording.

The Samsung Galaxy S3 mini is close to the S4 mini in the “looks department”. Here you can… 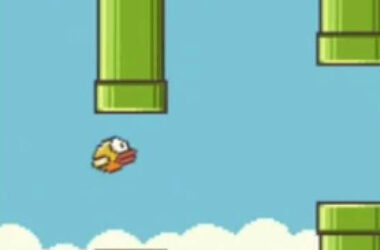 Return to the Scene Flappy Bird, the highly successful mobile game, was removed from play stores in February…