The Sensation XL comes as the bigger model from HTC of Sensation XE, that is also an upgrade to the traditional HTC Sensation. The HTC Sensation XL was currently released in India. LG Optimus EX is an amazing smartphone who can be categorized as the powerful handset developed by LG.

The LG Optimus EX is CDMA which has an amazingly good hardware, whereas the HTC Sensation XL device comes equipped with an awesome audio-system, the Beats by Dr.Dre.

The typical 4 buttons for Androids are existent on HTC Sensation XL and the phone comes with a sturdy build that is rough on the outer with a rear made of plastic, whereas the LG Optimus EX has a thick bezel in color black and 3touch bottom buttons of the display, Back, Home and Menu or Options.

The HTC XE device has some attractive highlights, the 4 buttons are lighting up as red and the ring around de camera covered in red, while the Sensation XL only has the Beats emblem on the rear panel.

HTC Sensation XL features a 4.7 inched display with S-LCD touch screen and of 199ppi pixel density, whereas Optimus EX comes with a 4 inch display with capacitive touch screen that is an IPS LCD and the pixel density is at 223ppi. The first one has a screen resolution of 480× 800pixels and the LG device comes with a resolution of 400× 800pixels that is plus because the display is smaller at 4-inch and it provides a similar resolution with the 4.7 inched screen of the HTC.

Both the devices support multitouch input and up to 16 Million colors. Also they are bunded with proximity sensor and an accelerometer. Additionally, the HTC phone is packed with a Gyroscope, also named as Gyro-sensor, that increases motion and gesture in gaming whereas the LG phone doesn’t have it.

Optimus EX sports a primary camera of 5 MP with a max. resolution of 2,592× 1,944pixels , Sensation XL comes with an 8MP rear facing shooter and a resolution of 3,264× 2,448pixels. In addition HTC Sensation XL provides an auto-focus option and dual LED flash on it, while the LG phone doesn’t offer an LED flash.

Both the devices have the standard functions like: face detection, geo-tagging with image stabilization. Plus, HTC smartphone is available with HDR.

The Optimus EX’s camera records at 1080p video, at full HD with a rate of 30fps, whereas Sensation XL is capable of videos at 720p resolution, in HD.

It is notable that both the smartphones provide VGA front facing cameras.

HTC Sensation XL is packed with 16 GB of in built storage, and doesn’t have a micro SD card port, whereas LG Optimus EX offer 8GB internal storage which can be extent.

Both the smartphones support popular Wi-Fi, submissive to the 802.11 norms, b, g, n; also the Wi-Fi Hotspot function is available on each of the phones. Wi-Fi direct and DLNA are supported in the LG Optimus EX.

Plus, both the devices have Bluetooth 3.0, GPS and EDR support with A2DP, likewise.

The HTC Sensation XL comes with FM Radio but the LG Optimus EX does not, but the LG device has a HDMI port on it, allowing the users to connect to TV screens for enjoying games or movies.

Both the smartphones are running on Android OS Gingerbread version 2.3.4, while the LG device comes with its LG UI that is, nonetheless, restricted to the home screen and menu and it is customizable, whereas the HTC phone also has its own Sense user interface, which is very popular for its amazing support’s gesture and user amiable UI along with the OS, created by the HTC developers over the Android OS.

The HTC’s Sense UI is certainly enjoyable to use and it provides a lot of little add-ons.

Both the smartphones are equipped with some powerful processors. HTC Sensation comes with a singlecore processor of 1.5GHz (Scorpion)along with Adreno205GPU and Qualcomm MSM8255 chip, whereas the Optimus EX features a dualcore processor of 1GHz that is Cortex A9 along with ULP GeForceGPU and the Nvidia Tegra2 AP20H chip.

The HTC Sensation XL can be bought for $360.00 on the Amazon, whereas the LG is not available yet.

Overall, The HTC Sensation XL is a lovely device, which comes with a rugged build, while the Optimus EX comes with more powerful processing. The Sensation XL is the best smartphone for those who are want an awesome multimedia experience, with TV shows, movies due to its incredible audio-system, Beats by Dr.Dre, and additionally a special headset for it. Also, the HTC’s internal specs are quite impressing, although it does not come with a dual-core processor.

On the other hand, the Optimus EX comes with a dual-core processor, along with a powerful GPU and a great camera which can record at 1080p video. It is also worth buying. 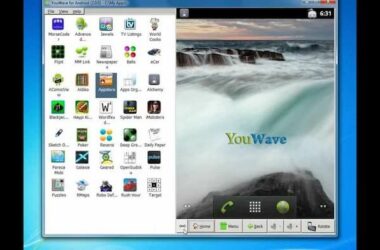 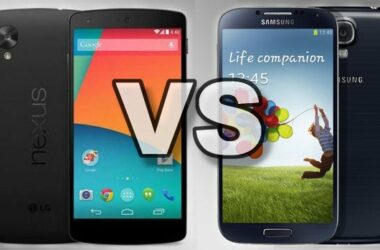