The HTC One released by the HTC Company, was welcomed with a positive attitude from the masses.

The smartphone impressed the masses with its initial appearance, if not ground-breaking. Regardless, it became the flagship smartphone for the company. Let us compare the HTC One to the younger sibling, the HTC Butterfly, in terms of their display, processor and operating system.

The HTC Blinkfeed offers the user a completely different home screen experience. It caters to the user with relevant social network updates and relevant news, directly to their home screens. The second feature, Zoe, enables the user to take short videos and combine them with other videos, music and images, in order to create a complete story.

In terms of build quality, the HTC reigns supreme, regardless of how many products the company sells. They have been renowned for the smartphone design, which is absolutely stunning to look at. The rubberized finish of the HTC One is certainly a charmer. It comes with internal storage capacity of 32GB and 64GB.

However, the HTC butterfly is a more sophisticated and elegant looking smartphone, coming in a soft touch body that can be held with ease. The 16GB internal storage capacity of the HTC Butterfly may be a disappointment but the external storage memory card slot for memory enhancement redeems its drawback. 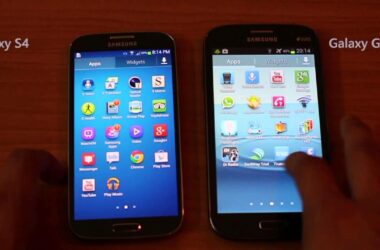 Both smartphones were released last year and were extremely appreciated by their users. While the Moto X came…