In this article, we will be taking a look at the Viber app, and more specific at the way it behaves in regards to blocking contacts. Many of you are probably wondering whether or not you got blocked on Viber. The fact that you haven’t heard from a particular someone on the app might mean that they have blocked you. Also, maybe you are the one doing the blocking, and want to know if the other person will be able to find out. Either way, check out this article on how one can tell whether or not they’ve been blocked on Viber.

Profile Pictures Won’t Give It Away

Unlike with other similar services such as WhatsApp, the profile picture of a Viber contact won’t stop being refreshed once they block you. This means that if someone were to block you on Viber, you would still see their status update and of course, their profile picture changes. On the aforementioned WhatsApp, this wouldn’t have been the case if that person blocked you. If their profile would just stop refreshing, it would be a pretty strong sign that you got blocked for some reason. This also goes the other way around, so be advised that even if you block a contact, they will still see when you change your picture or update your status, so be careful what you write.

Although a person is blocked in theory, there are ways one can go about this, so that they can still get in touch with the other person. For starters, people you block can still add you to group conversations and message you there, as can you do with others. Another solution would be contacting your through the Viber application from another phone, tablet, or even the desktop version.

When you message someone in WhatsApp for example, you get two little checkmarks in the corner of your message bubble when the other person sees the message. That isn’t the case for Viber, as this is not available, for protecting user privacy, according to Viber.

Taking all these into consideration, it seems pretty clear that you can’t really count on Viber itself to find out whether or not you have been blocked, so all you can do is try to find ways outside Viber to identify if someone blocked you. For instance, you could try texting someone you are suspicious about when they are sitting next to you. This way, you can see if their phone gets a notification. 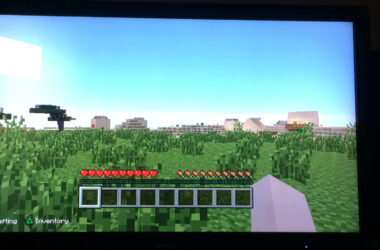 Searching for a media-streaming device can be a tough task. In case, you were looking for a particular…