The tech giants Apple, Samsung and Google have divulged their entry in the industry of healthcare. It was reported that Apple and Google will launch their next operating systems for mobiles that will feature applications and options for health, supporting wearable. The intriguing question for us is which of the two OS, iOS8 from Apple or Android L from Google, will do better?

The two giants companies are now putting together a number of wearable things with Google allying with a few companies to launch variants of the Android Wear. On the other side, Apple will be launching the iWatch. Due to a report in Motley Fool, Apple is likely to make partnership with “Human” and “United Health Group” to improve its iOS8 Health Kit. These two companies are well-known to be important insurers. It was announced during the Apple Worldwide Developers Conference that the Health Kit is a system that will be able to sync all the data through a diversity of wearable, health devices and iOS apps arranging them into one application on dashboard.

Also, the report suggested that partnering with the two companies should be awaited due to their great steps in the mobile applications. Humana Vitality will be able to connect to a number of activity tracking gadgets and biometric ones under Garmin, Nike and Fitbit.

Google has been above others when it comes to activities based on Cloud like Maps and Drive. However, analysts think that Google remains firm with a solid and good potential in opposition to Apple healthcare system. On the same website, Motley Fool, it was reported that Google attempted to adjust the healthcare parting with the Google Health. This pursued to bring together and show health records in one program. Nonetheless, this program was annulled because it didn’t collect sufficient support. With the new Google Fit app, the company is able to sync fitness and heath applications without the EHR network or the insurer.

On the other side, Apple is banking on several factors to brace its healthcare journey. Those are the 41.9 percent U.S. market shares via comScore, the popularity of the iOS in hospitals, facilitate of app development, costumer tastes and wearable market increase.

Thus, Google will need to fix its fragmentation problems, if it aims to be in total control and get above the iOS in the industry of healthcare. This is the huge challenge for the company, due to a report from Daze Info. The statement also marked that Google has been aiming to carry the issue through a number of strategies, which contains found a pack with important partners to provide the upcoming OS to devices about 18 months following their release. Google is targeting to do this with its next Android L OS and Android Wear platform as well.

Google is one of the best things that ever happened to the internet. Most of the users who… 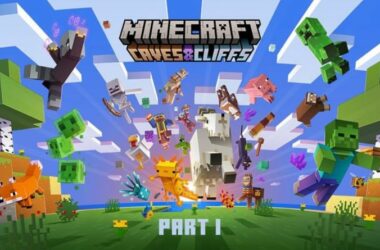 Dubbed as one of the most popular video games ever created, Minecraft is a true phenomenon. Inspiring thousands…