The company has equipped its smartphones with powerful elements, in order to deliver performance scores, rivaling that of its counterparts, which come at a relatively higher cost. It would not be wrong to suggest that the Gionee Elife E7 is the cheapest handset, equipped with Snapdragon 800 SoC along with a Full HD display. The handset comes with the exact firepower required to compete in the smartphone arena.

Today, we compare the two handsets in terms of their software and processor specs to determine a better handset out of the two.

The Gionee Elife E7 comes equipped with almost every feature that the present day top-end smartphone consists of.

Software: The E7 encompasses of Android version 4.2.2 operating system, which is an older version. Despite the efforts put in by Gionee to customize its user interface, none has been able to challenge stock Android.

Processor: The Gionee Elife E7 comprises of Qualcomm Snapdragon 800 chipset, clocked at 2.2GHz. The processor is accompanied by a RAM of 2GB along with 16GB of internal storage capacity. However, another variant of E7 handset comprises of 3GB of RAM and 32GB of internal storage capacity. The price difference is very low between the two devices, posing not much of a difference to choose from 16GB and 32GB. Both handsets do not come equipped with external memory card slot.

Windows Phones are renowned for their consistent performance.

Software: The Nokia Lumia 920 handset comprises of Windows Phone 8 OS, which can be upgraded to version 8.1. However, the operating system still requires some much needed enhancements to bring the handset in contention with other similar phones.

Processor: In comparison, the Nokia Lumia 920 comprises of Qualcomm Snapdragon MSM8960 chipset along with dual core Krait processor running at a speed of 1.5GHz. The Adreno 225 graphic processor along with a RAM of 1GB ensures smooth functioning of the handset.

Introducing Clan Wars Clash of Clans is a very popular strategy game from Supercell, with the latest addition… 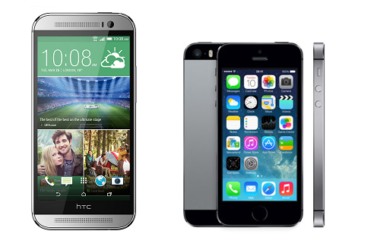