Fallout 4: Everything We Know So Far

Fallout is a series which has had games developed by FIVE separate developers over its decades of existence. Contrary to the expectation following a sentence like that, with just one notable exception, every one of the fallout games has been excellently received, managing to keep the the roots of the series and please fans while adding something impressive and new to woo gamers in general.

It is this that has built the fan base for the post apocalyptic survival game series to the level where it is today, and also what has driven demand for a “Fallout 4″ through the roof. However, details from Fallout 4 seem deliberately lacking, and there is very little truly substantial information out there.

With that said, we do know there WILL be a Fallout 4. This is due to a couple of statements, the first from Pete Hines at Bethesda, stating that “clearly they did not buy the license to make one and never use it again” this, combined with the fact that Bethesda finished work on Skyrim DLC around two years ago and have been said to be working on “their next project” hints that Fallout 4 (or potentially The Elder Scrolls VI) are on their way.

So, as far as actual confirmed information goes we just have the fact that it is happening, and that it’s probably being worked on. This is exactly why the unconfirmed, but widely reported rumors are very interesting and so far are hard to refute.

The biggest is a supposed leak from the script of the game, which if true gave us two key pieces of information, firstly that it will use the signature opening line “War. War never changes” and more importantly that it will be set in Boston, MA.

While not confirmed Boston does fit in very well with the series, as previously “the institute” to the north has been mentioned, and with Fallout 3 and Fallout: New Vegas being set in Washington DC and Nevada respectively, that does certainly fit with M.I.T being “the institute” as it is both an institute with advanced facilities, and to the north of both games that have been released while the series has been under Bethesda’s control.

Therefore, assuming the game is in New England, there is a great deal of story that can be explored using the various landmarks, and perhaps even “the commonwealth” an area referenced more than once in Fallout 3 could be truly explored in Fallout 4.

We can also say that since there is no announcement so far, by the time the game comes out the last generation machines will be entirely gone as far as developers are concerned, making Fallout 4 very likely to be developed for next generation (Xbox One and PS4) as well as PC exclusively.

This means we can get excited about the possibility of a new engine bringing more features and depth to the game. Whether this will be an entirely new engine or just a modified version of the existing one is hard to say, but it means that the leap from Fallout 3 to New Vegas will be trumped many times over by the leap to Fallout 4. 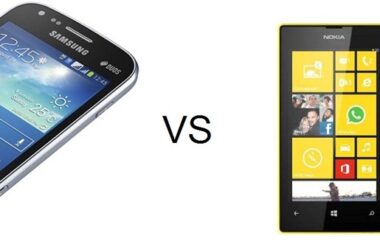 In this article we’re comparing two of the cheapest smartphones, the Lumia 525, which runs on Microsoft Windows…

When we surf the Internet, we actually browse web pages which are an agglomeration of information that can…