Fallout 4 is one of the most expected games, but the developers are still refusing to say anything about it. However, the Fallout 4 fans are still thinking positively and they’re hoping to get some news from Bethesda soon enough. According to some recent rumors, Fallout 4 will be released for PC and the next-generation consoles Xbox One and PS4.

The fans still have faith in Fallout’s developers, even if most of the rumors have proved to be false, such as the ones saying that Bethesda is going to bring Fallout 4 to events such as GDC 2014 or E3 2014, which never happened.

After all, the developers never said anything about Fallout 4 and in fact they even told the fans to not listen to those rumors and wait for official news. Some game websites are asking themselves if Fallout 4 is really under development or if Bethesda is just working on some other game and doesn’t even care about it. One thing is sure, they have the money to invest into Fallout 4’s development and if they want to release a new sequel of Fallout, they will do it without worrying about money. However, Bethesda is known to be a company which keeps things quiet and brings a game when nobody expects it.

A fan which goes by the name of “Secret Internet Guy” on YouTube, released an unofficial trailer about Fallout 4, which looks quite nice. It’s interesting, because he said he’s a programmer and not a graphic designer, but still he made a very nice video. However, right at the beginning of the trailer, he made it clear that it’s not an official Fallout 4 trailer and that he’s not affiliated with Bethesda and nor he’s an YouTube partner. The trailer ends with a vault door that has a logo with number “4” in the middle. Take a look at the trailer below:

When you consider purchasing a laptop, there are a number of items that need to be considered. However,… 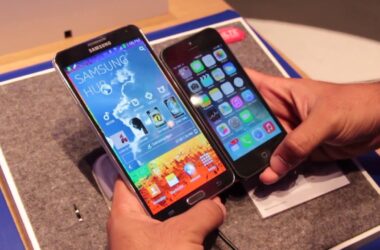