Here’s a battle between three mid-range smartphones from Nokia, HTC and Sony. While the Lumia 625 fails to impress in screen resolution, camera and hardware performance, it has a battery with a decent lifetime. The other two smartphones are using the same processor and have a back camera with the same resolution. But it’s up to you to decide which phone suits you best.

Nokia’s Lumia 625 model and HTC’s Desire 610 have displays of the same size: 4.7inches, but the Lumia 625 has an IPS LCD screen that supports a lower resolution of 480x800pixels with 199ppi and which benefits from Corning Gorilla Glass 2 protection, while the Desire 610 has a screen that supports 540x960pixels with 234ppi, with HTC Sense UI v5.5 on top of it. The Xperia C has a TFT display sized at 5inches, with the same resolution as HTC’s display, but the pixel density is lower at 220ppi.

All three smartphones have glossy plastic rear panels with round edges, but the Desire 610 has more rounded corners.

The Lumia 625 is the weak link of this battle, featuring a dual core Krait processor clocked at 1.2GHz, which is based on a Qualcomm MSM8930 Snapdragon chipset and it uses an Adreno 203 GPU. The phone runs on Microsoft Windows Phone 8 OS (which is upgradeable to v8.1) with 512MB of RAM and hosts an internal memory of 8GB, which is expandable up to 64GB.

Both the Desire 610 and the Xperia C are powered by a Cortex A7 processor clocked at 1.2GHz, with four cores, but they are using different chipsets and GPUs: the Desire 610 has a Qualcomm Snapdragon 400 chipset with an Adreno 305 GPU and 512MB of RAM, while the Xperia C has a combination of Mediatek MT6589 chipset with PowerVR SGX544 GPU and 1GB of RAM.

The Desire 610 comes loaded with Android v4.4.2 (KitKat) and hosts an internal memory of 8GB which supports microSD card slot for expansion up to 128GB, while the Xperia C runs on Android v4.2.2 (Jelly Bean) and has a built in memory of 4GB, expandable only up to 64GB.

The Lumia 625 has the weakest rear camera of 5MP with autofocus, LED flash, touch focus and geo tagging, but has the same VGA front camera as the Xperia C. Only that the Sony device has a 8MP back camera with additional features such as HDR and face and smile detection. The Desire 610 also has an 8MP back snapper with similar features, but it supports simultaneous HD video and image recording in HDR and the front camera is 1.3MP. 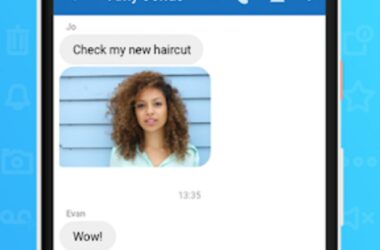