Clash of Clans is the most liked strategy games. This is a game that has new players each and every day.

If you are one of the new ones, the following tips will help you out in succeeding in this game.

When there is a clan war, the winner will be the clan that finishes that war and ends up having the most stars. It is for this reason that you need to do all you can to defend your Town Hall. For instance, if you have an attacker who has destroyed your entire village, he will be unable to get the 3 stars if he has not destroyed the Town Hall. Also, remember to defend the Clan Castle. Place the castle near the Town Hall to make it easier for you to defend both at a go. When you place the castle near the town hall, the troops inside the hall will also get out and start defending the castle. Remember that the clan war will be taking place in the “virtual” village after the day of preparation. This is after the system has copied your layout of the village. The layout will be used during the Clan War.

Before the end of the preparation, make sure that you have double-checked the village layout even if you have experience with the game. You might realize that you forgot to do something in the village, and it is better to identify any issues at that time and not when the war has started.

As earlier said, the Clan that gets the most stars at the end of a war is the winner As such; you should aim to get three stars on each war. You will get a star when you destroy 50% of a village, one star for destroying that village’s Town Hall and a third star for completely destroying the village. Always do your best to get all three stars to emerge the winner.

Scout the Enemy’s Base and Watch Replays

Once the preparation day is over, you will be given 24 hours to attack. It is in this time frame that you should make use of your scout feature. Unlike the normal battles in Clash of Clans where you are given 30 seconds to attack, you can scout and plan attacks in Clan Wars for as long as you wish. Use this feature by finding the most suitable attacking strategy. If you realize that the target had been previously attacked, watch the replay of the attack to know where the target has set the traps. Watching the replay also helps you identify the number and strength of the troops.

Make Use of the Target’s Weak Points

Once you have scouted the target for long enough, build an army that will take advantage of the target’s weakness and strengths. For example, if the target has high walls, you can use wall breakers, so make sure that you have some in such a situation. You might also want to bring cheap/weak troops who will trigger the traps set by the target. 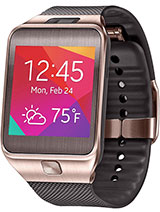 Samsung’s new wearable collection comes in the form of Gear 2. The smartwatch comes with a plethora of…