Boom Beach is another strategy game developed by Supercell, the creators of Clash of Clans. If you are a Clash of Clans fan, you should definitely try Boom Beach. Here are 10 tips that will help you succeed in this great game.

This is one of the most important things that you should do in the early game. In order to improve your troops, you will need as many resources as you can get. In the early game, you will focus more on getting gold and wood resources and build saw mills and residences. You will notice that soon you will get more gold because you will have more residences than saw mills. In order to balance these two resources, you can chop some of the trees that are around your island. With other words, you will swap gold for wood. However, keep in mind that you will not be able to chop the big trees until you will level up your Headquarters.

Before you start attacking somebody, you should learn the basics of the battle. Start by looking at your troops’ strengths and weaknesses. For example, Heavies are great tanks that can take lots of damage, but they don’t have so high damage per second (DPS). However, Zookas have low defensive, but they come with great DPS. Also the Gunboat can make a HUGE difference in a battle, so use it wisely.

In Boom Beach you will be able to attack other islands. Once you win a battle in another island, you will free the inhabitants from there, which will generate resources for you. Call it “protection” tax or something, but this is something quite nice.

While in Clash of Clans to win a battle you will have to destroy a good amount buildings, in Boom Beach you only have to take out the main building (Headquarters) to win the battle. So try to go straight for the Headquarters or if it’s somehow defended by a building and you think that you cannot take out the Headquarters before it kills your troops, then go for defensive building first.

You should always have a plan when attacking someone in Boom Beach. You can’t just deploy your troops randomly and hope to win. You need to be SURE that you will win, and you will need a strategy for that. After scouting a base, you will know what troops you should train in order to win the battle with ease.

Every time, before planning to logoff from Boom Beach, start upgrading something to maximize your time. As in Clash of Clans, in Boom Beach your resources are vulnerable too. You don’t want to let someone to simply take from you a big amount of gold or wood. If you are not so busy, you can also start a short time upgrade and keep checking the game from time to time. In case you know that you will not login for the next few hours, you can start an upgrade that takes hours to be completed. Likewise in Clash of Clans, NEVER use Gems to speed up things in Boom Beach.

In the early game, you will want to update this radar as soon as possible. This will allow you to have more “vision”, which brings you more objectives that you can complete, resulting in more loot. In case you have too much gold stored, always spend it on radar to upgrade it.

We all like when we get something for free and getting free gems in Boom Beach is a big deal. We know that not many want to spend money on games and this is why we will tell you how to get some extra gems. There are two ways that can bring you some free gems in Boom Beach. The first one is by waiting for a treasure chest to appear on your map or by completing achievements. To see the list of achievements, tap on the start icon from the top left of the screen. Most of the achievements will bring you a very low amount of gems, but there is one which gives you 300 Gems when you gain 200 Victory points.

The Last One is: Vault

It comes a time when upgrading a building is very expensive and when you will need to save your resources, until you have enough for that specific upgrade. This is when you will have to construct a Vault. The Vault will be able to protect the resources which are inside it and a percentage of the resources that are not stored inside it. Because of this, you will want to construct and upgrade the Vault as soon as possible, since this will be a vital building when your base will start being attacked by other players. 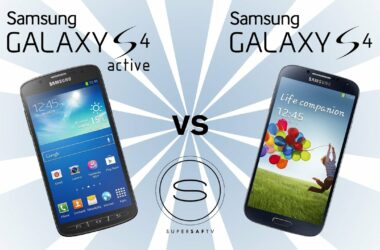