With a title that says, Assassin’s Creed: The Americas it is seriously ironical to know that the game wouldn’t land in one of the ‘Americas’, namely the North American continent.

However, it is nothing to worry about because the Playstation 3 and Xbox 360 versions of the game will get released as planned. The non release has been announced only for the PC version of the game.

This is not a new game but rather a collection pack that brings all the best titles from the past to you one more time. The pack includes Assassin’s Creed 3, Liberation and Assassin’s Creed IV Black Flag, all made into one bundle. Game lovers who love to keep all of them together can opt for this one, if you haven’t purchased any from this list. The pack has been confirmed to land in Europe and Australia on October 3 on all platforms.

In a statement made to Gamespot, the developers at Ubisoft confirmed that Assassin’s Creed: The Americas will not get released on PC in the North American region for multiple reasons. We assume that it is because of the corporate politics associated with bringing the game and also to push the sale of the game on consoles. There could be multiple ways to get an easy discount for this game on PC and purchase it from any retailer, which is why the company may refrain from bringing it to the platform as planned.

Earlier, in a statement Ubisoft said that they are now doing their best to appease PC gamers and make sure all their titles land in time on the platform without any delay. They added that they wished to support the community from now on and we hope they seriously mean it.

Plenty of Assassin’s Creed in Pipeline

Assassin’s Creed is going to be a really huge franchise this year because there is Assassin’s Creed Unity, which is getting released on PC, Playstation 4 and Xbox One. The next gen game set during the French revolution is expected to be different from its predecessors, in terms of graphics, game play and for the first time is going to bring four player co-op experience to gamers. There’s also Assassin’s Creed Rogue which is getting released only on Playstation 3 and Xbox 360. Ubisoft is definitely the busiest studio in 2014 where they have to deliver all the games as promised without any delay.

One of the unique game play experiences with Subway Surfers is the virtual world tour trips. Subway surfers… 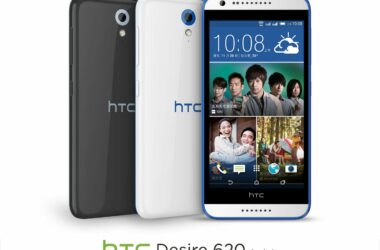