Maxis brought up a huge change with The Sims 3 when it got launched a couple of years ago, but they left out most of the good stuff.

It all got released at a later date as paid DLCs but the company promises that the upcoming The Sims 4 will not face the same situation. They have made sure that a lot of new features will be part of the base game and everything that gets released as a DLC will have much more value for money. The list is really long and you are definitely going to be astonished by the amount of content that the game developers are going to deliver.

However, some omissions such as the removal of swimming pools and toddlers in the game will remain. The team, in a recent interview, clarified that with the new game engine, it is not as simple as digging a pit, adding water, and making the character swim in it. It is much more complicated and there was very little time that allowed them to focus on new features rather than trying to bring out the ones that are already familiar to their fans.

One of the most amazing aspects of The Sims 4 is going to be the Create A Sim feature. The interface adds a lot of new customization options including the ability to change the size of any body part as you please. The easy to use user interface will let players simply drag any part to widen or minimize them. There are multiple choice of hats to choose from such as bromances relationship that lets your avatar get attracted to a person of their same gender, boots, leggings and much more.

When you set an aspiration for your character, you will be able to assign specific traits to them and even young children can have individual aspirations according to their age group. The game now allows an option to create a child but the traits can be borrowed from only one sim. You can choose to create siblings and parents, if you find the need for a complete family.

Daily Life is an area in The Sims 4 that determines the activities done by your virtual avatar. The new game in the franchise offers two different career options to choose from – comedians and tech gurus. If you aspire to become any one of these, you can now do so and your sim will also be able to multitask like never before.

There is a whole lot of emotional content available for your sims where they get connected to a painting, object or will naturally react to any actions made by other characters. Everything that you do in your real life will now be possible in the virtual game where your sim could write books, find mentors and pursue an interesting career of your choice. They can also now die of being petrified, intense laughter and being overtly engaged. We see that the Sims 4 is going to offer a lot of stuff to do with the release date. 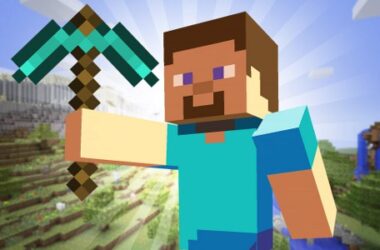 The Minecraft PlayStation 4 version’s release was delayed in the last minute. 4J Studios, the developers that work…