The Crew is Not Coming to PS3 and Wii U, Ubisoft Explains Why

The entire gaming industry knows the fact that players have not migrated to the new generation platforms Xbox One and Playstation 4 yet.

Only some ten million or so of them have made the switch whereas there is five times the population on Playstation 3 and Xbox 360 platforms. Sensing the need to keep them happy, Ubisoft split the franchise Assassin’s Creed. They are delivering AC Rogue to the older generation consoles whereas Assassin’s Creed Unity is coming only to the newer consoles along with PC.

The same may not happen with The Crew according to a new official statement from the company. It was highly annoying for Playstation 3 owners who came to know that the new game is coming to Xbox 360 but not to their console even though both of them are almost seven years old. When some assumed that this could be an exclusivity deal by Microsoft as they did with the Rise of the Tomb Raider, the developers at Ubisoft came forward to explain the situation and made sure that people don’t feel left out already.

In their another official statement, the team said that the next gen racing game The Crew was originally built to run best on the latest consoles which possess the best hardware around. The decision to bring the game to Xbox 360 was a last minute plan but even then they were unable to bring it to the Playstation 3 as well due to a prominent reason.

“The Crew is originally built and designed around the new generation consoles. Our decision to port the game to older generation was made due to business reasons and when we did, we were sure that it should be done only on the console that has the closest technical infrastructure as the new age hardware, which is the Xbox 360,” said Ubisoft. The company didn’t explain as to why PS3 is different from Xbox 360 but we do know that the latter had stuff similar to the PC ever since its launch and even the recent hardware review of Xbox One revealed it was more of a computer fixed into a box, just without the Windows operating system.

Speaking more about The Crew, the team confirmed that they are working long hours to ensure that the game gets released on November 11 as planned for Xbox One, Playstation 4, PC and now the Xbox 360. But, the game is not coming to PS3 because of the reason stated above and it is also not going to be on the Nintendo Wii U console.

The Xbox 360 version of the game is being done by the studio Asobo. A closed beta for the game for new gen consoles begins in late September while a beta for PC commences before the end of August. Apart from all this issue, there have been some serious issues in reduced quality of games because of trying to bring them to older generation consoles or trying to make them run at 1080p on the new consoles. Assassin’s Creed Unity and the Crew do not look the same as they did in E3 2014. 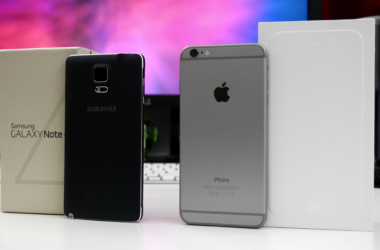 While the iPhone 6 Plus is the first phablet to be released by Apple, the Samsung Galaxy Note…

Flappy Bird is a free game that flapped its way to the top of the charts. The game…