Flappy Bird was a hit early this year but no one can really tell if it was a success or not.

In terms of downloads, no one can deny its success because in just a few weeks, it was included in the top 10 apps in App Store. Don’t get impressed just yet, though. Flappy Bird was already released for almost a year before it started to get noticed. Early this year, however, the game became popular all of a sudden and soon after, more people were downloading the game on their devices.

Not Everyone Was Impressed

The reviews were not all positive, though. While Flappy Bird is enjoying the new fame, players were not all impressed. Some would say that the only reason Flappy Bird became famous is because people get easily frustrated when they’re playing the game. Once the word has spread that there’s a new game that’s hard to play, people became curious. This resulted in more download of the app.

Hard to Master the Game

Soon, people began to realize that Flappy Bird doesn’t do anything to relax their mind, as what the creator promised when he launched the game. People felt the exact opposite of relaxing. It wasn’t easy to play. The game required your every bit of attention and even then, there’s no guarantee that you will master the game. Users did not appreciate this so they did the next plausible thing, which is to send hateful comments and reviews to its creator, Dong Nguyen.

Not long after that, Nguyen decided to delete the game from the store. It was not possible to search and download the game anymore. The reason he cited was that he was not able to handle the success and stress that came with its success, or maybe he just felt guilty for putting users in a stressful situation whenever they open the app. Whatever the reason, there is no Flappy Bird on the App Store and Google Play Store any more. Imitations and games pretending to be the app’s new version soon graced the stores.

There has been hundreds of Flappy Bird wannabe’s since it was deleted but people are still waiting for the real thing to come back. Because of the craze, devices with Flappy Bird installed became hot-selling items. Nguyen promised that he will bring the game back but so far, it’s only currently available on Amazon Fire TV.

Is this the New Flappy Bird?

Dong Nguyen will be launching a new game soon called Swing Copters. If you watched the trailer, you will also conclude that it is as frustrating as Flappy Bird. Swing Copters is very much like Flappy Bird, you will be guiding the character in an upward direction while avoiding swinging hammers. For those of you who have missed Flappy Bird terribly, Swing Copters can fulfill your longing. It’s as exciting and as provoking at the same time. It’s also free to download and to remove the ads a price of $0.99 is required.

Flappy Bird Apparel – A True Tribute to the Free Download

Gaming merchandize and apparel is nothing new, and after Angry Birds, mobile phone games have stormed the retail… 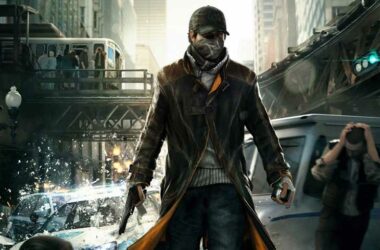 The last year release of the Lumia series, the Lumia 625, offers the user with a colorful handset,…