Sony is the first to offer the masses a smartphone that would not let size hamper its screen quality or performance.

The smartphone has been deliberately made compact and not a mini. The smartphone comes equipped with a powerful Snapdragon 800 chipset and it would be a shame to share the name with upper medium-ranged smartphones competing in the smartphone race.

Android flagship smartphones are growing in terms of screen size. However, it has left the masses in search of premium smartphone that would not be difficult to handle. The potential buyer could either resort to iOS, coming at a higher cost, or be content with a screen and chipset, just a year old. Despite a lot of appeal made by the masses before the smartphone manufacturers to develop a ‘mini’ smartphone that would be worthy of its predecessor’s name, none dared to go for the kill. However, Sony was the first company to take the initiative and released the Xperia Z1 Compact smartphone.

Samsung has been leading the smartphone industry with a range of quality handsets. However, the Korean giant has followed the latest trend. It released the mini version of its acclaimed Galaxy S4 handset, called the Samsung Galaxy S4 Mini smartphone. Let us compare the two handsets in terms of their design.

The Xperia Z1 has of a metal and glass design, which is without reasonable doubt, awe-inspiring. However, the rectangular shape along with sizable bezels made the smartphone difficult to carry around and handle. In terms of appearance, the OmniBalance look from Sony certainly paid well in making the design of Z1 appealing to the user. It is only the massive size of the handset, which makes the gadget difficult to fit in your pocket.

The Sony Xperia Z1 Compact has been provided with the right size, displaying the premium design of the company. The additional bezels around the screen do not appear to be a problem now. The classy exterior of the Xperia Z1 Compact feels good to hold. The front side is made from glass whereas the rear makes use of plastic. The sturdy material of the surrounding frame provides the smartphone security. Overall, the Z1 Compact is a gorgeous product from Sony, which would easily give other companies a run for their money.

The dimensions of Xperia Z1 Compact measures 127mm in stature, 64.9mm in breadth and 9.5mm in thickness.

In comparison, the Samsung Galaxy S4 Mini Smartphone appears to be a smaller version of the Galaxy S4 handset. The GS4 Mini smartphone has adopted almost all the features of the GS4 smartphone, in terms of design. Starting from the smartphones glossy plastic finish, super thin bezels, color options to placement of physical buttons; the GS4 Mini has it all. The only difference is the absence of RGB notification light, as present in the GS4 smartphone.

The smartphone appears presentable despite the heavy use of plastic in its manufacturing. However, the diamond patterns catered to the GS4 Mini handset offer the smartphone a lot of character.

Regardless, the lightweight and thin body of the GS4 Mini has impressed the masses. The smartphone is portable even with its 4.3-inch display along with a 1900 mAh battery unit. 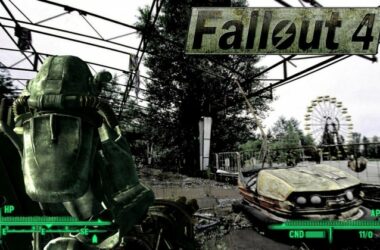 Do Not Fall for Fallout 4 Release Date Rumors

The sheer number of players expecting Fallout 4 to happen is the reason that lead to some believable,…