Although they were released this year, these two phones aren’t some of the most impressive ones. They perform decently, not mediocre, but the cameras and batteries are disappointing. In case you’re still interested in buying one of them because of the low costs, then you’d better take a look at their specs. In our opinion, the Xperia E1 performs better.

Both phones have 4inches displays which support the same resolution and pixel density – 480x800pixels and 233ppi. However, the Xperia E1 has a scratch resistant glass protecting the display, while the Desire 210 has a simple TFT screen.

Both models have plastic bodies, but the Xperia E1 has a more interesting design because of the perforated holes from the bottom side of the back cover. It weights 120grams and its dimensions are 118×62.4x12mm.

The Xperia E1 has a faster processor, which is dual core Cortex A7 with a clock speed of 1.2GHz. It’s backed by a Qualcomm MSM8210 Snapdragon 200 chipset and uses an Adreno 302 GPU, coupled with 512MB of RAM. The Desire 210 is powered by a dual core 1GHz processor, based on a Mediatek MT6572M chipset and has also 512MB of RAM.

Both phones have 4GB of internal memory which is expandable up to 32GB and run on the Android platform. The Xperia E1 comes loaded with v4.3 (Jelly Bean), but someday it will receive the 4.4.2 (KitKat) update, while the Desire 210 is currently running on v4.2.2 (Jelly Bean). The phones have accelerometer sensors, while the Xperia E1 has in addition compass and proximity sensors.

The Xperia E1 has only a camera on the back of 3.15MP with geo tagging, face and smile detection, image stabilization and HDR, while the Desire 210 has a 5MP primary camera with geo tagging and a VGA secondary camera. None of the cameras have autofocus and LED flash.

Both batteries are removable, but the capacity differs. While the Xperia Z1 has a Li-Ion 1700mAh battery with which you can talk over 8hours and a half on 3G, the Desire 210 has a Li-Po 1300mAh battery which paradoxically lasts longer – 9hours.

The price for the Xperia E1 was set around 160 dollars, while the Desire 210 costs a little over 130 dollars. 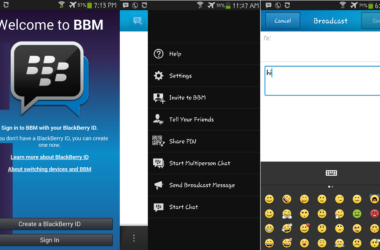 The era of using landline telephones for making calls has almost come to an end. This is due… 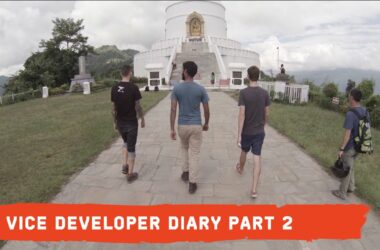