In this article we’re presenting two phones in the same price range, but which are very different from each other. Both of them were released last year in July, respectively in October, and after analyzing their specs and features, we drew the conclusion that the Sony handset is superior to its opponent.

The Xperia C is a pretty phone made of plastic and it’s slimmer than the HTC Desire 601, which also features a plastic body. But in our opinion, the Sony handset looks better. It’s very tall, measuring 141.5×74.2×8.9mm and it weights 153grams, but it comes with a 5inches TFT display which is capable of rendering a resolution of 540x960pixels. The pixel density isn’t one of the greatest – 220ppi, which is kind of disappointing, but given the fact that the phone costs so little, the Xperia C is a smart choice. As for the HTC Desire 601, this device supports the same screen resolution of 540x960pixels, but the display has the size of 4.5inches (TFT) which gives a pixel density of 245ppi. The dimensions of the HTC handset are 134.5×66.7×9.9mm, being 23grams lighter than the Sony phone.

The Xperia C comes with a 1.2GHz quad core Cortex A7 processor, which teams up with a Mediatek MT6589 chipset and a PowerVR SGX544 GPU. It hosts 4GB of internal memory which is expandable up to 32GB with a MicroSD card, and has 1GB of RAM. The Desire 601 also has 1GB of RAM, but the internal memory is double – 8GB, expandable up to 64GB. As for the hardware specs, the device runs on a 1.4GHz dual core processor, with a Qualcomm Snapdragon 400 chipset and an Adreno 305 GPU. Both of the smartphones come loaded with Android 4.2.2 (Jelly Bean) OS, but only the Desire 601 received an update to the 4.4.2 KitKat version.

The Xperia C has a better rear camera with the resolution of 8MP and features such as autofocus, LED flash, geo tagging, HDR, face and smile detection and touch focus, plus video recording capabilities at 1080p. BOTH the Sony handset and the HTC model have a VGA secondary camera, but the Desire 601’s primary camera is weaker, of 5MP, with features that include video recording at 1080p, 1/4” sensor and 1.4µm pixel size, geo tagging, face and smile detection, autofocus and LED flash.

The Xperia C’s battery is replaceable and it’s a Li-Ion with the capacity of 2390mAh, which should allow up to 12hours and 25minutes of talk time on 3G. The HTC Desire 601 comes with a non-removable Li-Po 2100mAh battery which isn’t impressive, but it allows 25 minutes more of talktime on 3G. 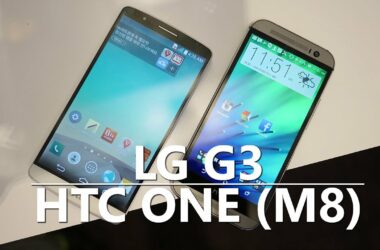 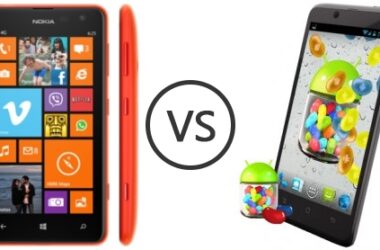