The Samsung Galaxy Tab 3 10.1 and the Amazon Kindle Fire HD are two of the major tablets released by Samsung and Amazon respectively.

Both tablets have some really interesting features that are worth a study. While the Amazon Kindle Fire HD tablet was made available to the public in September 2012, the Samsung Galaxy Tab 3 10.1 tablet made its entry into the market slightly less than a year later in July 2013. The following article makes a comparative study of some good to know features of these tablets, so that it would be easy for you to choose the right tablet for your needs.

Verdict: The less bulky aspect helps in making it easier to carry the Samsung Galaxy tablet with you when you are on the move. Hence, if your wish is to own a reasonably lightweight tablet, then the Samsung Galaxy Tab 3 10.1 is definitely a good choice.

Verdict: The Amazon Kindle renders better quality pictures and prevents scratches from being formed on its screen with repeated use. These features make it a preferred choice over the Samsung Galaxy tablet.

Verdict: The primary camera in the Samsung Galaxy tablet offers many features that the Amazon Kindle cannot; this results in the Samsung Tablet being a better option for avid photographers. Some of these, include, autofocus, panorama, buddy photo share, video editing and more. The camera in Amazon Kindle is primarily designed for you to make video calls on Skype. 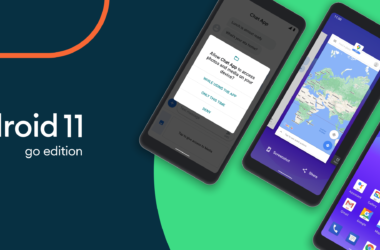 Google Talk for Android Devices – Staying Connected on the Go

Google Talk is now known as Hangouts and is a free app for desktops, laptops and for mobile…