Both the Galaxy phones have a removable plastic rear which gives them a great advantage. However the Galaxy S5 smartphone comprises a dimpled back like most other phones in its series. The Galaxy Note 3 encompasses faux leather back, which renders it a leathery texture.

The Galaxy S5 smartphone features IP67 certification that provides the phone resistance against dust and water. However, this does not mean that the Galaxy S5 is 100 percent waterproof. On the other hand, the Samsung Galaxy Note 3 does not have this certification.

Verdict: Without doubt, the IP67 certification gives the Galaxy S5 a slightly leading edge over the Samsung Galaxy Note 3.

While the Galaxy S5 smartphone does not feature a stylus, the S pen stylus forms an integrated part of the Galaxy Note 3. The stylus can be helpful and useful when you use drawing apps or when you want to write freehand without using the virtual keyboard. The Note 3 encompasses inbuilt handwriting recognition software for this purpose.

Verdict: The Galaxy Note 3 takes the upper hand as far as this hardware feature is concerned and is a good choice over the Galaxy S5 if you do not want to keep typing out messages or want to try out your drawing skills.

The Galaxy S5 portrays a 5.1-inch Super AMOLED display with 1920×1080 pixel resolution and a pixel density of 432ppi. While the display technology and pixel resolution are very much the same in the Samsung Galaxy Note 3, it has a larger screen of size 5.7 inches and lesser pixel density of 386ppi. Both the phones are equipped with Corning’s Gorilla Glass 3 screen covering. Although the Galaxy S5 has a smaller screen, the greater pixel density helps it render better display quality and sharper pictures than the Galaxy Note 3. Colors are also produced better in Samsung Galaxy S5.

Verdict: The Samsung Galaxy S5 ranks a step ahead with its more accurate colors and brighter display rendition, as well as better portraying of details.

The Samsung Galaxy S5 operates on the version 4.4 of the Android OS, while the Samsung Galaxy Note 3 runs on the Android 4.3 operating system. However, there are a few Galaxy Note 3 tablets available that operate on the Android 4.4. Both tablets incorporate the TouchWiz user interface with the TouchWiz UI of Galaxy S5 being a slightly newer version than that of Galaxy Note 3. With TouchWiz UI, both phones offer a standard row of apps at the bottom of their home screens, in addition to providing shortcuts to contacts, Internet, messages and apps.

Verdict: There is no clear winner as far as the software feature is concerned. While the interface appears more appealing in the Galaxy S5, it is more robust in the Galaxy Note 3. 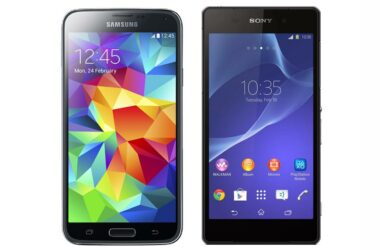 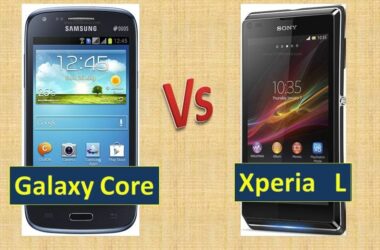