We love Apple’s iPhone series as much as the next man, but we’re happy to see that users open their eyes to other not so popular companies which have amazing smartphones themselves – and maybe even cheaper ones. Today we’re comparing Gionee’s Elife E7 Mini which has been getting some attention lately, with another quite popular handset on the market: Samsung’s Galaxy S4.

The processor that powers the Elife E7 Mini is an octa core working at 1.7 Ghz paired up with a MediaTek chipset. The device supports 1 GB of RAM and 16 GB of internal memory space.

The device’s design is actually sophisticated in its very simple way – it has a minimalist design which works wonders for this handset. The display measures 4.7 inches.

If you want a secondary camera in the front of the phone, the Gionee smartphone won’t be your choice – because it doesn’t offer one. Instead, the primary camera has 13 MP which ensures for great HD photos.

The battery unit has a capacity of 2200 mAh which we feel is just right for the necessities the device has.

The operating system the Gionee Elife E7 Mini runs on is Android 4.2.

The processor that powers the Samsung Galaxy S4 is a Krait 300: quad core working at 1.9 GHz which is backed up by 2 GB of RAM. The internal storage capacity is a generous amount of 64 GB.

The display measures 5 inches. As for design, the Galaxy S series always has been popular for having a sleek finish – even though Samsung does not use metallic cases.

The primary camera is the same as on the Elife E7 Mini – 13 MP. This device does have a secondary camera of 2 MP.

The battery unit housed by the Galaxy S4 has a capacity of 2600 mAh which is estimated to last around 13-15 days of stand-by time.

Great Alternatives for Talkatone if You are Living Outside the U.S. 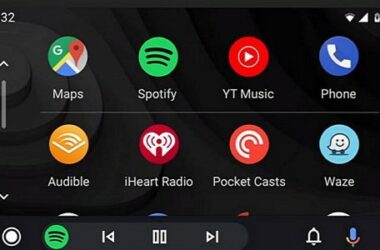 If there are any tech apps everyone should be thankful for, mapping and navigation apps should be on…