Among the various phones launched by Samsung and Apple, Galaxy S4 and iPhone 5 were among the top rated smartphones at the time of their launch.

While the iPhone 5 was discontinued by Apple towards the beginning of the second half of 2013, Galaxy S4 still retained the status of a current phone. The SIM-free versions of both the smartphones cost approximately the same

When both the smartphones are dropped a few times, with minimum force, to check their resistance to wear and tear, the screen of the Galaxy S4 tends to break faster than that of the iPhone 5. However, the aluminum rear tends to have a few dents with no major damage to the smartphone.

Verdict: The iPhone 5, with its easy to hold capability and rugged look makes it more appealing than the Galaxy S4, which at times, tends to be a bit too flimsy because of its plastic rear cover. Also, the iPhone 5 survived more with rough use.

Both Galaxy S4 and iPhone 5 feature a single speaker with drivers that are mounted on the rear of the smartphone. The speaker in the iPhone 5 has two grilles on its bottom. As there are two grilles, the possibility of the sound getting muffled when the speaker is covered is reduced greatly. On the other hand, the Galaxy S4 encompasses a single grille, located on the bottom left corner of the battery cover. While the iPhone 5 speaker helps in hearing sounds loudly, the Galaxy S4 speaker is better when you want to hear something at a high volume. As the volume increases, the sound tends to get strained with the iPhone 5 speaker. However, the mono aspect doesn’t make both the speakers a good choice for listening to movies.

Verdict: The Galaxy S4 scores over the iPhone 5 with respect to the functioning of the speaker, as it can help in listening without strain at all volumes.

This aspect is of concern only if you are looking for ways to connect your smartphone to other devices. The Galaxy S4 offers almost all possible modes of connection, such as, Bluetooth, GPS, 4G, MHL and Near-Field Communication (NFC). However, a drawback with iPhone 5 is the inability to support two major connectivity methods namely MHL and NFC.

Verdict: The Galaxy S4 wins a clean victory over the iPhone 5, by offering a multitude of connectivity features.

Both the Galaxy S4 and iPhone 5 smartphones use the same display technologies, as their predecessors. While the Galaxy S4 uses the Super AMOLED display, the iPhone 5 retains its IPS display, with major enhancements made to their screens. Moreover, the bigger screen of the Galaxy S4 gives it a cutting edge over the iPhone 5, especially when it comes to playing a game or watching a movie. Also, while the iPhone 5 produces more natural looking colors, the Galaxy S4 is capable of rendering better contrasts when there is dim or less light. Additionally, the higher pixel density and resolution of the Galaxy S4 does not render exceptionally sharp images.

Verdict: Once again, when both the phones are compared, the Galaxy S4 is a step ahead of the iPhone with its larger screen size and ability to produce enhanced contrasts.

The Samsung Galaxy S4 is available only with 16GB inbuilt storage. However, it is equipped with a microSD slot where you can insert memory cards of varying capacities. On the other hand, Apple’s iPhone 5 is available in 16GB, 32GB and 64GB options with no slot option to insert a memory card. It is worth keeping in mind that any app that you install in the Galaxy S4 smartphone gets set up in the phone’s memory and not the memory card.

Another scoring point for the Galaxy S4 is that it’s 2GB RAM is double that of the iPhone 5 that has a RAM of 1GB.

Verdict: Even if you opt for the higher end 64GB version of the iPhone, it tends to slow down if you have a lot of video, picture or music files installed in it. The Galaxy S4 allows you to store these files in your memory card and thus prevents your smartphone from slowing down. Thus, once again the Galaxy S4 wins over the iPhone 5 when the storage aspect is compared.

Verdict: The Galaxy S4 scores over the iPhone 5, with its ability to capture details in a better way and the multiple features available.

Both the smartphones feature a LED flash in their camera. However, the Galaxy S4 camera encompasses. 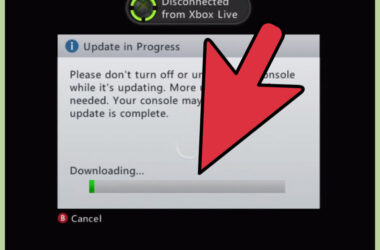 It is hard to ignore the fact that Minecraft Xbox 360 has sold in excess of 12 million.… 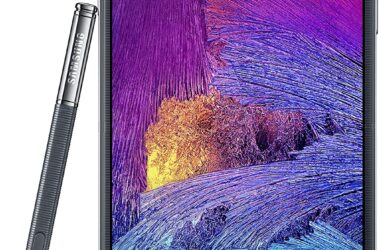 Apple surely did not make a mistake with the 2013 MacBook Air, but consumers were extremely disappointed that…