The Nexus 4 marked a significant shift in the Google Nexus family by becoming the first Nexus device to be manufactured by LG.

The South Korean giant plans to use this device as a weapon against one of the main competitors, Samsung. The Galaxy S3 was a phone that made Samsung one of the top smartphone manufacturers. This was primarily achieved by taking a cue from Apple’s book, as Samsung introduced a wide array of features for the first time in the industry.

The Galaxy S3 became one of the first phones to utilize the front facing camera as a tool for controlling aspects like screen awake time. This device was also capable of recognizing a number of gestures that made it easy to do common tasks like taking a screenshot. The Nexus 4 offers a stock Android experience in a package that looks clean and modern.

Nexus 4 uses a 4.7 inch display compared to the 4.8 inch display on the Galaxy S3, but the resolution offered by both these displays are the same 720p. The technology, however, is vastly different because the Galaxy S3 uses a different variation of the Super AMOLED technology, whereas the Nexus 4 comes with the True HD IPS Plus technology. The IPS panel has been criticized in recent times for not being able to match the impressive black levels and contrast ratios offered by the Super AMOLED technologies, but this new panel is an attempt at closing the gap and LG appears to have done an impressive work.

Samsung has reigned supreme in terms of offering flexibility of memory and this trend continues in the Galaxy S3 as well. Apart from offering three different options for internal memory – 16 GB, 32 GB, and 64 GB, the device also offers additional memory card support. It can accept up to 64 GB sized memory cards in the slot present close to the SIM card slot. The Nexus 4 loses out quite badly in this regard because it has only a maximum of 16 GB of internal storage. The phone also does not offer memory card support. However, there is a smaller 8 GB variant that does help reduce prices.

The Galaxy S3 is one of the first devices to sport a quad core processor. The Nexus 4, which came out a few months after the Samsung device, also comes with a quad core processor, but from Snapdragon as opposed to the Exynos processor present in the Galaxy S3. The Nexus 4’s 1.5 GHz clock speed is slightly faster than the 1.4 GHz clock speed offered by the Galaxy S3. A big difference in performance, however, is provided by the 2 GB of RAM on the Nexus 4 whereas the Galaxy S3 offers only 1 GB. This ensures adequate RAM for excellent multitasking capabilities on the Nexus 4.

The 16 GB variant of the Nexus 4 costs $340 compared to the $270 price for the Galaxy S3, which has faced several price cuts in recent times. 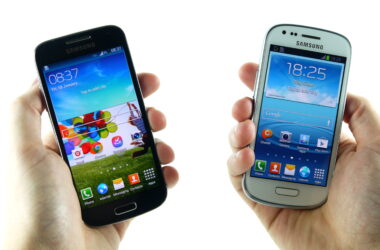