Apple is almost certain to announce the new iPhone 6 in the first week of September.

Most of the specifications of this device have been coming in the form of leaked information for the last few months. There have also been panels and dummies claiming to offer insights into this much anticipated device. Deducing this information suggests that the iPhone 6 is almost certain to feature an increase in screen size.

Rumors of a 4.7 inch display in the new iPhone 6 are not new. In fact, it is possible to say with absolute confidence that the new iPhone 6 will become the second iPhone to increase its screen size. Apple first brought out its 4 inch display on the iPhone 5. This remains the only increase in screen size that the iPhone has had in its seven-year history. However, there have been several increases in resolution, to the point where the iPhone once had the highest pixel density amongst smartphones.

The iPhone 4 with its 960 by 640 pixels set a new standard in the smartphone segment. Even though the subsequent versions of the iPhone have increased resolution, they have been unable to maintain pace with the Android counterparts. After the recent arrival of the LG G3, Android smartphones have taken the pixel density beyond the 500 PPI mark. Apple’s iPhone lags quite significantly in this regard, since the iPhone 5S features only a 326 PPI density.

Of course, it has been maintained that the human eye will not be able to appreciate any increase more than 300 PPI due to the size of the display and the distance that it is likely to be kept at. However, the LG G3 is a device that has broken this notion since the ultra-sharp QHD display certainly makes a difference. The screen will only get better when popular Android apps come out with support for this display.

Considering that the iPhone 6 is expected to come with a 4.7 inch display, Apple simply could not afford to lose out in the pixel density war. Some may consider it to be a disappointment that the iPhone 6 is set to feature only a 1334×750 pixel resolution, which puts the pixel density at around the same 326 PPI. There is also a 5.5 inch version in the pipeline, which could be launched later, to compete with the phablets.

The Galaxy Note 4, which is set to be unveiled around the same time, is almost certain to feature a QHD display. Considering the competition and the increased size, the iPhone 6 in the 5.5 inch version is rumored to come with 2208×1242 pixels. This will take the pixel density to 426 PPI, which would be a similar figure offered by the Galaxy Note 4 with its 5.7 inch display.

Prices of the iPhone 6 are extremely hard to predict, but the increased screen space could take the gadget close to the $1000 starting price for the unlocked variants. The iPhone 5S started out at $700. 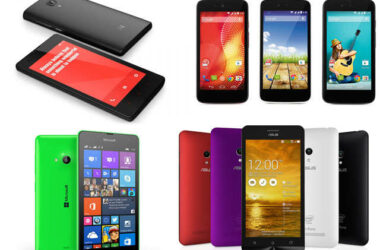 Download Viber for Free And Experience These Changes in Life

Before the Internet, smartphones, and free calling apps, the only way to communicate with a friend was through…