PES 2015 Pre-Order Gets You a Bag of Goodies

A bunch of exciting digital content will be delivered to players who pre-order Konamiâs football simulator, PES 2015.

The company revealed the information in an official e-mail that was sent to the media that detailed all the content that players would get with every pre-order. The data is now available on their official website as well, in their landing page. When you buy Pro Evolution Soccer 2015 in the UK, you will get some exclusive items for the gameâs My Club mode.

Even though the name sounds new, it is the same Master League management mode which was present in all previous PES titles. An importation addition to the 2015 edition of the game is that, Konami has decided to introduce micro transactions to the game which will enable players to buy extra boost, new costumes, buy leagues and more that will give them the winning edge. However, the company confirmed that this will not affect the overall game play as well as the multiplayer modes because there could be lots of people who donât prefer using the micro transaction system.

In the official site, Konami claims that all the pre-order bonuses for PES 2015 was made to suit the âUEFA Team of the Yearâ which players can start building as soon as they purchase the game. The bonuses will provide you 10 recovery items which will allow squad members to stay fit, 10,000 game points and a special player who will be picked randomly from a team. He will be one among the top player who got voted by over five million players in a recent survey which you can add to your collection and show off in multiplayer matches.

PES 2015 is directly competing with FIFA 15 in terms of presentation for the first time. In order to compete with EA who are always ahead when it comes to impressive match scenarios, Konami has introduced an all new Fox engine that powers the game. It allows the crowd to react more appropriately to the ongoing match and over 5000 player moves have been motion captured, featuring real life football stars rendering their shadows.

With PES 2015 getting launched on Playstation 4, Xbox One, Playstation 3, Xbox 360 and PC on September 17, fans will not have to wait long to get the game. There is no news on an official demo getting released and with only a couple of weeks to go, we assume Konami will most probably decide to skip the phase. They will directly go with the release whereas their competitor FIFA 15 by EA will receive a demo in the month of September whereas the official release date for the game is set during the holiday season. Both games are going to compete on equal grounds and they are getting released on the new generation consoles for the first time. 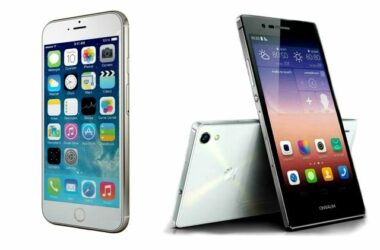 While everyone was busy getting hyped about the iPhone 6’s alleged Sapphire glass display, Huawei delivered. The company…

Linking and Connecting If you already have a Sony Xperia mobile phone using Android 2.1 version or higher,…