The game is inspired by a Japanese pachinko gameplay and is also similar to Peggie, a popular game from PopCap. King has a track record of taking well-established game mechanics and then putting its own novel twist to them. This approach has worked out better than creating a new or original game mechanics. The game offers a strong pick up and play feature.

The basic gameplay of papa Pear Saga centers on aiming a cannon towards the screen top, with the use of a mouse. Objects or pears have to be fired at, which, in turn, bounce off, as they come falling down on the screen. The screen has many buckets at the bottom and if you drop the pears into these buckets, you can score points along with points availed for bouncing off the pegs. There are also additional bonuses for movies, such as several bounces in succession or for removing one kind of peg from the screen. There are times when special pegs offer an increase in the score multiplier or increase the size of the bouncing pears. Instead of a single pear, players can fire up three pears simultaneously.

Though the basic formula of Peggie needed elimination of only one kind of peg in a level, Papa Pear Saga brings a twist to the game, by offering a variety of objectives and goals. This is similar to the way in which Candy Crush Saga borrows the basic gameplay of Bejeweled and then adds its own twists to the various levels. For instance, there are certain levels where they need to land a minimum of one pear in each bucket, found on the screen bottom. Other levels require the player to bring down specific fruit like objects, in a specific bucket, after clearing the path. There are also other levels, where a different looking peg must be removed from the screen. The pegs that need to be eliminated are not positioned randomly and are always to be found in the same position.

The game is able to monetize the game, by means of selling boosters. These boosters have to be obtained through purchases within the application. The game does not have any currency system; so those who are playing the game for free, cannot use boosters. Players can also pay additional real money for getting more pears, when they are not able to clear a level. They can also make real money payments when they run out of lives. A life is lost when the player does not complete the goal set out in a level. If the player is not willing to pay real money, he or she can play only as long as they have the skills. There are sudden difficult spells in the game, when a particular level becomes significantly tougher than the preceding or the following ones, without any warning. However, though these levels are difficult, they are more challenging and are never impossible or unfair.

The game also brings in some social integration, such as a world map that tracks the progress of friends as well as the player’s progress. There are also invitations that players can use, for bragging about their score or about surpassing the score of a friend. There is also a leader board in each level, where friends can compete with each other and there are gates where you need help from friends in order to continue in the game.

Papa Pear Saga is a fun game with smooth animations and well-drawn graphics, sure to be appealing to players who are looking for a light and interesting game to while the time away.

When it comes to popular social media, one of the most top rated is Instagram. It is where… 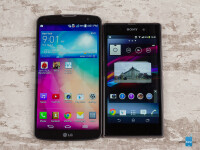 The Xperia series from Sony has been very popular with users. Sony has struggled in the past with…