Nokia X and the Nokia Lumia 520 are two entry-level smartphones, released by Nokia, in order to bind the masses, with a different specification altogether.

Let us compare these two entry-level smartphones with each other, to determine the better handset of the two.

Since Microsoft has overtaken Nokia, the company has provided the market with an array of Windows Phones, the finest in the market. It would not be wrong to consider the company a flag bearer of the Windows Phone operating system. The Nokia Lumia 520 offers the masses an appealing design. The smartphone weighs 124 grams and offers the potential user with a strong build quality. In comparison, the Nokia X smartphone also comes with comparable design characteristics.

Despite the Nokia X being an entry-level smartphone, it comes equipped with a 4-inch screen. However, the resolution is less at 480 x 800 pixels, but it reduces the naked pixels. In comparison, the Lumia 520 comes with similar screen size and similar IPS panel as that of the Nokia X smartphone. In fact, the resolution is also similar to that of Nokia X smartphone. There is very less difference, in terms of display, between the two smartphones. The display of Lumia 520 comes with scratch resistant protection. It may not be a branded Gorilla Glass protection, but can handle damages day in and day out.

In terms of internal storage capacity, the Nokia Lumia 520 offers the users with 8GB of internal memory as compared to the 4GB offered by the Nokia X smartphone. Both these smartphones come with a RAM of 512MB, which is sufficient for multitasking.

The Nokia X comprises of Android based operating system, which is quite different from other operating systems found on various high-end Android based smartphones. The Nokia X makes use of the free version of the Android OS, which has gone through extreme customization, in order to provide various Nokia apps. The user can install Google’s Play Store and make use of a plethora of apps on offer. In comparison, the Windows application network does not stand a chance against Play Store or the Apple Store. Regardless, it is growing quickly. The Nokia Lumia 520 comes equipped with Windows Phone 8 OS, which can be compared to the newest version 8.1 OS.

The Nokia X smartphone comes with a tad larger battery of 1500 mAh, as compared to the 1430 mAh battery unit of the Nokia Lumia 520 smartphone.

The Nokia X is an entry-level Android based smartphone form the Finnish Company. Due to its basic features, the Nokia X is priced and readily available in the market at $130. In comparison, the Nokia Lumia 520 smartphone, unlocked version, comes at a price of $105. 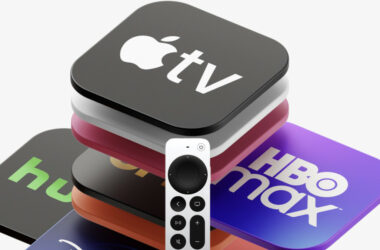