If you’re looking to buy a new smartphone, we brought to you two great options, which have been a competition for each other ever since they were released: the Sony Xperia C and the Nokia Lumia 520. Both offer some pretty awesome specs, but which one is better? Keep reading to find out which one has the better features and which one is the best fit for you.

Regarding design, we can see that Sony equipped the Xperia C with a durable plastic exterior case which in combination with the slim outlook gives the handset a very light feel. You can purchase this handset in three colors: blue, white and black. The processor that powers the Sony Xperia C works at 1.2 GHz and is backed up by 1 GB of RAM for a smooth performance. The operating system the device runs on is Android Jelly Bean. As for internal memory, we are given 4 GB of space. The battery unit housed by Sony’s smartphone is an Ion model with a capacity of 2339 mAh that is estimated to last around 12 hours of talking time (or 605 hours of stand-by time).

The camera unit on this device has 8MP and is known to take photos at a very fast rate, meaning that you can take pictures of moving subjects without any problem, because your photos won’t be blurred. Other features are autofocus and 4x digital zoom.

In the accessory department, Xperia has quite a few gadgets: we start with the SmartWatch 2 SW2 which can be connected to the smartphone to use it for remote operation. Other two great gadgets are the Stereo Bluetooth Headset and the Wireless Headset Pro, which are both excellent when you want hands free control.

The Nokia Lumia 520 is bundled with Microsoft’s operating system, the Windows Phone 8. The display of this handset has Gorilla Glass technology which doesn’t only offer added protection, but also allows you to use the smartphone when you have on gloves, your fingers are wet or if you have longer nails. The processor that powers this handset works at 1 GHz and is backed up by only 512 MB of RAM. As for internal storage capacity, we’re faced with 8 GB of space.

The Lumia 520 is equipped with many interesting features, especially in the photography department: Smart Shoot, digital lenses and Cinemagraph being only a few out of these. For example, the digital lenses allow you taking HD shots, while using the Smart Shoot feature will allow you taking more pictures in only one shot. Cinemagraph is destined to add movement to your photos. Other features like the Microsoft OneDrive allow you to connect with your computer and Microsoft Office is very handy when you need to design a presentation (PowerPoint) or write an essay (Word).

This device is also light in weight, being quite a slim phone. You can purchase this handset in multiple colors: white, black, yellow, red and light blue. As for accessories, you get external speakers which are amazing for boosting sound and a wireless charging pad which can be a life saver when you cannot find your charger. 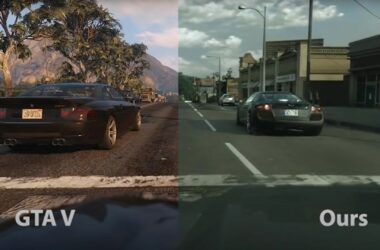 The actual release date for GTA 5 PC is quite far, because it will most probably land in…